Strategic IT services provider Aura Technology has announced the appointment of Sir Clive Woodward to the board.

Sir Clive, who won the World Cup with England’s rugby team in 2003 and led Team GB to Olympic success as director of sport from 2006 to 2012, will help shape Aura Technology’s strategy in a non-executive role as the company enters its next phase of growth. Aura Technology is established as a leading provider of IT consultancy and managed services in the South and London.

Woodward has significant experience in the technology sector and enjoyed a successful 18-year business career before becoming England coach, including the founding of a computer leasing business. He is also the founder of Hive Learning, an online community where business leaders share technical and commercial knowledge.

He now works as a sought-after consultant, supporting high-performing teams and organisations to improve individual and collective performance to the benefit of their culture, goals and strategy.

Tim Walker, managing director, Aura Technology, said: “I am pleased to announce the appointment of Sir Clive to play an active role in shaping our business as we grow as a leading provider of strategic IT services in London, the South and beyond.

“Aside from a shared love of rugby, Sir Clive and I share a passion for leadership, teamwork, and performance excellence. He has a strong background in technology and an unparalleled understanding of how a winning mindset leads teams to succeed.

“He has identified these winning qualities in Aura’s team and I am thrilled that he has chosen to join us to help make the most of our business’s enormous potential as we take it to the next level.” 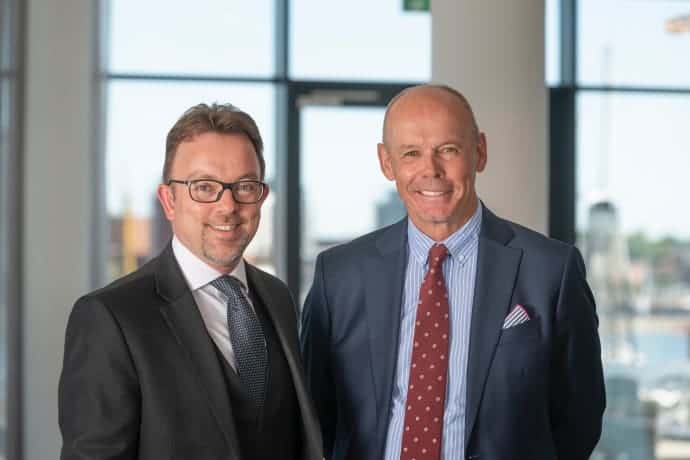 Woodward said: “After my initial meetings with Tim, I quickly realised that Aura Technology stands out in a very competitive market because of its focus on a highly strategic approach to IT. What he and his team have achieved in just over 18 months of operation is remarkable.

“Companies that win in IT tend to win. It’s exciting to see how Aura devises and implements IT services that are aligned to the goals and business plans of each organisation they work with, particularly growing companies in the mid-market.

“Tim, the board at Aura and I see this as a long-term relationship and I am very much looking forward to playing my part in the future success of this outstanding business.”

Aura Technology launched in 2017 with the aim of redefining the relationship between business and IT. Its specialists work closely at senior level with mid-market businesses of 50 to 500 IT users to ensure their IT provision is aligned to their business plans and strategic goals.

The company has grown significantly over the last two years, winning a diverse range of clients including those in the legal, other professional services, marine and commercial property sectors, and expects to create around 30 new jobs over the next two years. Its customer base includes Vail Williams, London Academy of Music and Dramatic Art (LAMDA), Inspiration Marine Group, VFS and many other organisations.