Snows SEAT has teamed up with fellow Hampshire-based company TentBox to enable three lucky car buyers to turn their new vehicle into a ‘camper’. 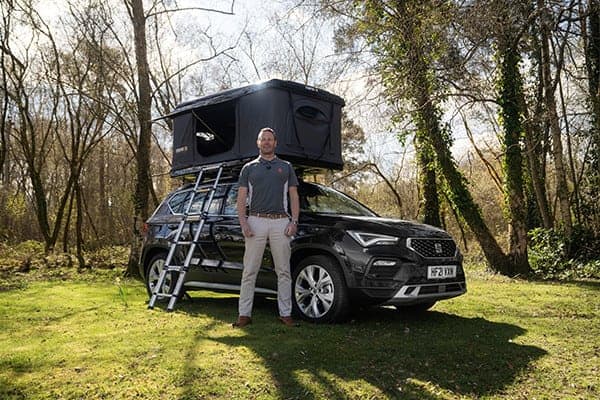 All customers purchasing a vehicle from Snows SEAT in Basingstoke, Isle of Wight, Poole, Portsmouth, Salisbury, Southampton and Yeovil, between 1 April and 30 June 2021 will be entered into a free prize draw to win one of two TentBox rooftop tents.

TentBox enables drivers to erect comfortable, sturdy waterproof tents on their car roof, safely and in as little as 60 seconds. TentBox products are used by campers and adventurers around the world.

Headquartered in Southampton, Snows are in their 59th year of trading and employ more than 950 staff. TentBox, based in Romsey, Hampshire, was founded by brothers Neill and Ollie Shurville in 2015.

Henry Altenburger, franchise manager at Snows SEAT said: “We are delighted to be working with TentBox to deliver a fun and exciting campaign during Spring. The staycation market is going to be on the agenda for everyone as we come out of lockdown so when the opportunity arose to work with another local organisation such as TentBox, we were keen to collaborate.”

TentBox operations manager, Dom Pemberton said: “We are happy to be working with Snows SEAT, they are a great local company with a solid reputation and it's helping us show off how you can turn literally any car into a Camper with a TentBox.”