The results mark the culmination of a three-year business plan which has delivered an overall increase in revenues of 28%, as well as significant developments including three acquisitions and a merger, several senior appointments and a series of client wins and awards.

Speaking of the results Matthew Samuel-Camps, managing partner at Vail Williams, which covers the Solent region from offices in Portsmouth and Southampton, said: "We are very pleased with this year’s results which are in line with expectations, reflecting the significant investment we’ve placed in developing the business, growing our presence in the regions in which we operate – both organically and through acquisition over the past three years.” 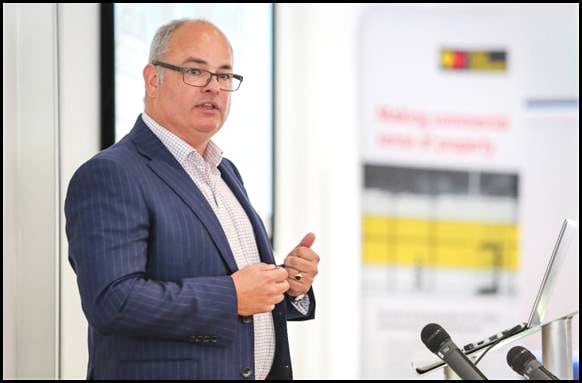 Vail Williams is now one of the market-leading providers of property advice in the Solent region, following its merger with Southampton and Fareham-based Hughes Ellard in May 2018, which expanded the team to just under 50 people.

Later in 2018 the firm went on to acquire New Ballerino in Chertsey, a deal which, just six months in, has secured an agency instruction base totalling 500,000 sq ft - the second largest in Surrey.

Highlights from the past 12 months include the firm’s multi-disciplinary advice to Frimley Health NHS Foundation Trust on the £98m redevelopment of Heatherwood Hospital and the £49m emergency assessment centre at Wexham Park Hospital, Berkshire, as well as a 416-home brownfield development, North Street Quarter, in Lewes, East Sussex.

Alongside its growing client base the firm has attracted several senior hires, including head of planning David Ramsay (Southampton) and building consultancy partner Matthew Beech (Reading).

The acquisition of New Ballerino saw the addition of three staff including the return of partner Steve New (Woking), whilst the wider business welcomed over 20 new recruits.

The firm now employs over 170 people across its eight offices in Reading, Southampton, Portsmouth, Woking, Crawley, Heathrow, Birmingham and London.

2018 also saw the firm relocate to larger premises in order to account for its growth, at Lakeside North Harbour in Portsmouth, Edmund House on Newhall Street in Birmingham and One Crown Square in Woking, whilst refurbishing its existing office on London Road in Crawley.

Samuel-Camps continued: “The growth we have achieved marks the culmination of an ambitious three-year plan which started in 2016. I am delighted that we have achieved much of what we set out to do and look forward to continuing to realise our potential in the regions we call home, through our new people-centred plan over the next three years.”

It was the firm’s people-centred values which saw it pick up the award for Commitment to People Development at the prestigious Thames Valley Chamber of Commerce Business Awards in the past year, while other awards included Best Commercial Agent/Chartered Surveyor at the Surrey Property Awards, and Best Office Consultancy at the South Coast Property Awards.

Samuel-Camps added: “As we embark on our new business plan, we are well placed to continue our sustainable growth trail and remain attentive to take full advantage of market changes, whilst continuing to invest in our people and the improved capabilities this will bring.”

The promotions included two invitations to equity partner, three to partner, four to associate and one to Surveyor Level 2, and took effect on June 1.

Vail Williams, which has John Lewis, National Express and RBS amongst its clients, was established more than three decades ago and works with occupiers, landlords, developers and property investors.

Protected: How can SMEs prepare for an economic downturn?