Much needed inward investment and local jobs are just two of the economic benefits of the 200,000 sq ft of new commercial buildings now let on phase one at Adanac Park near Southampton in the borough of Test Valley. 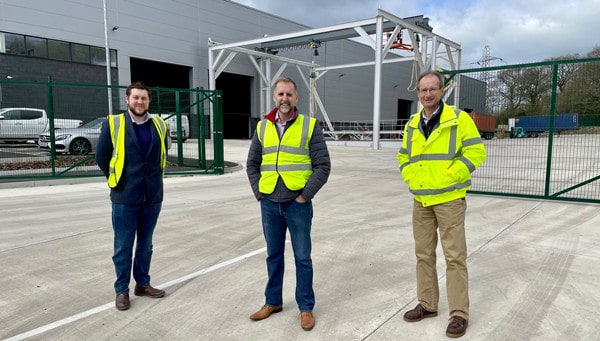 Among the companies who have moved in are Hampshire and Isle of Wight Air Ambulance, Marine Guard, BBC Coffee, Parthian Climbing, trading as The Climbing Centre Group and CIMC, a Chinese trailer company who selected 40,000 sq ft at Adanac Park following a national search for the most suitable location.

Harry Hutchinson, director at Oceanic Estates, said: “Phase one at Adanac Park has proved conclusively that it is a fantastic location for a wide variety of regional, national and international businesses to base themselves. We deliberately built high-quality, very smart-looking commercial units and we have been delighted with the response so far. Letting large commercial buildings during the middle of a global pandemic was always going to be testing.”

Hutchinson added: “We worked closely with Test Valley Borough Council who recognised the benefits of the regeneration in this area which generates jobs and inward investment. Being so close to the port is a huge benefit and was a key decision for CIMC, selecting Adanac Park as it brings in components from all over Europe before assembling them on-site in Southampton.”

Top south coast architects Boyle+Summers has assisted in the design and delivery of the buildings on phase one. Hutchinson added: “Boyle+Summers delivered a great design which was instrumental in the take up of the units and we look forward to working with them on further projects.”

Tony Boyle, director at Boyle+Summers added: “It’s always very satisfying as an architect to see the buildings you design being occupied and utilised to full effect so quickly. We are very proud of these commercial buildings and their importance to the economic prosperity of the Southampton region.” 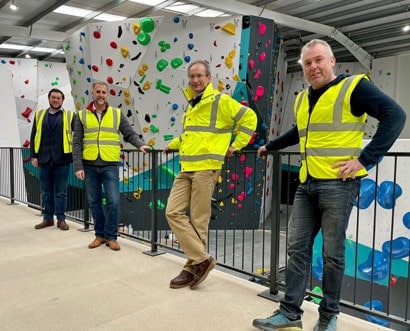 John Dunne, chief executive officer of Parthian Climbing, trading as the Climbing Centre Group, who are looking to launch its Olympic standard centre in the summer, added: “We are really looking forward to opening our doors to the public. We have a number of successful centres all over the UK with one in Reading. We know a large number of people travel up from this part of the country, so we have a ready-made customer base.”

David Drew, Test Valley Borough Council’s economic development and tourism portfolio holder, said: “We are proud of what Oceanic are creating at Adanac. The new inward investment and jobs represent a major contribution to our economic recovery. My council prides itself in its support for new businesses in particular and Adanac is fast becoming a beacon of high-quality business growth in south Hampshire.”

Keygrove and Lambert Smith Hampton are the letting agents