Guests at the Solent 250 Christmas networking event enjoyed an insightful analysis of the state of the UK economy from guest speaker Simon Hart, Brexit lead partner and head of knowledge management at accountants RSM.

James Tetley, tax partner at RSM, welcomed around 50 Solent 250 company executives and sponsors to the event at Southampton’s Harbour Hotel, where he revealed the firm’s latest number crunching on businesses in the listing. 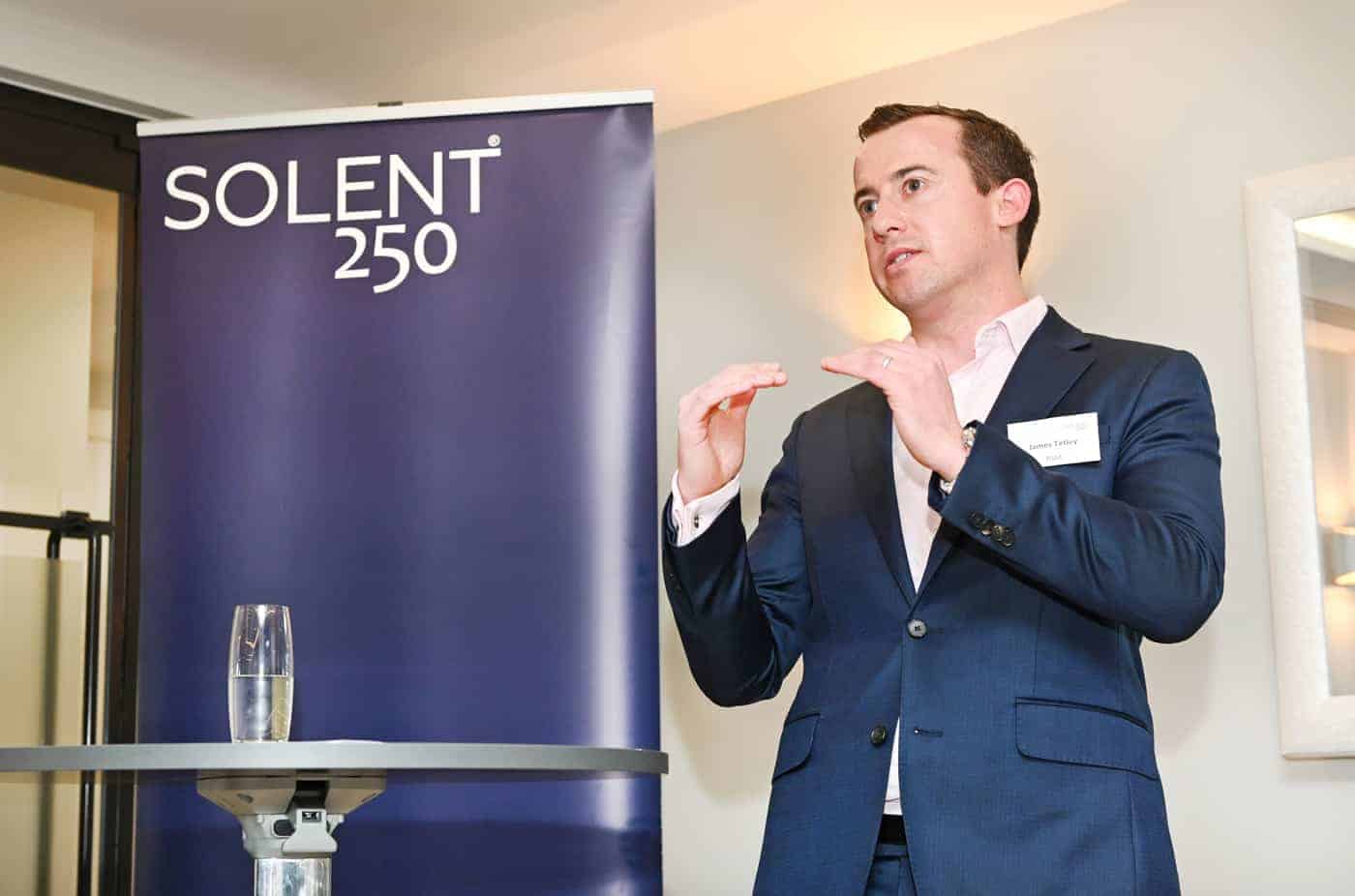 “Combined turnover of the Solent 250 businesses grew by 12.3%, from £15.4 billion to £17.3b. Indeed, we are approaching a potential milestone with the acquisition by Hendy Holdings of Westover Group, which is likely to give us a new number one in the Solent 250 in the near future with turnover of over £1b alone,” he said.

Tetley added: “We saw an unprecedented number of transactions in the year – more than 10 businesses sold out of the Solent 250. This demonstrates the calibre of Solent 250 businesses, a fact not lost on investors.”

Hart was back by popular demand after presenting his perceptive and witty views on the unfolding Brexit drama at the Solent 250 awards in March 2019. This time, just a few days ahead of the general election, he recalled the result of the last time polling day was in December. 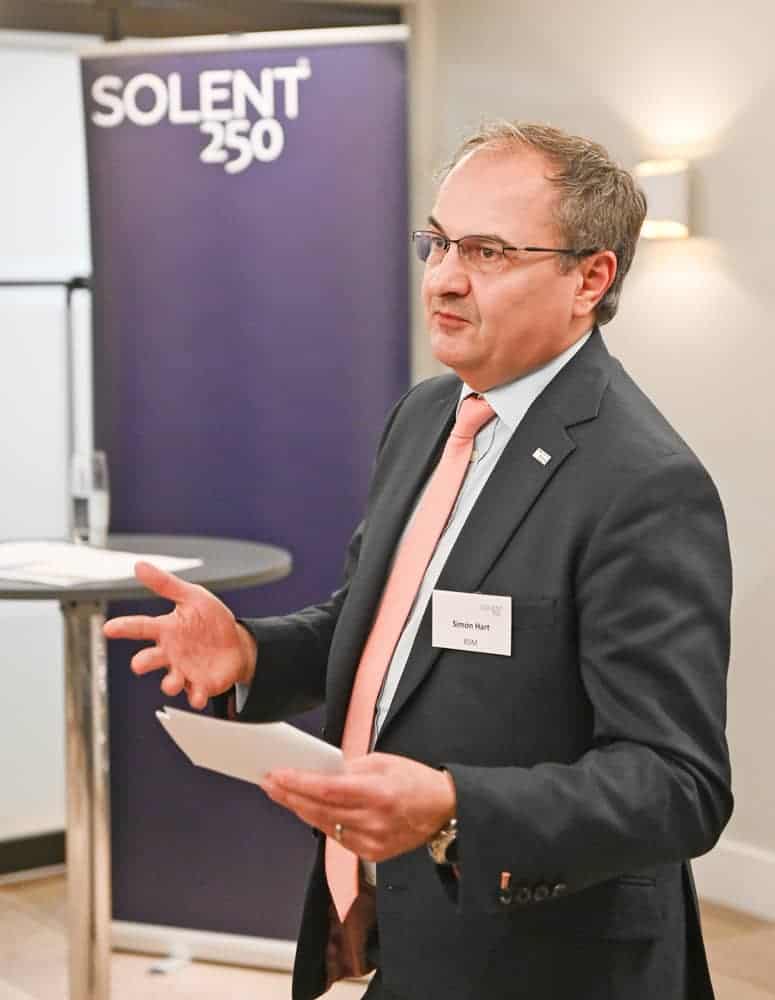 “In 1923, Conservative prime minister Stanley Baldwin won most seats, but couldn’t form a government. Instead, Labour’s Ramsay MacDonald formed a coalition with the Liberals. In 1924, Baldwin became the UK’s first Labour prime minister. I wonder if that’s a foretaste of what’s to come?” Hart wondered.

He noted that whatever the latest general election outcome, the UK wasn’t in as a bad a position as some might think. “Sterling is high against the euro and holding up against the dollar. UK GDP is holding up in the mid-range of G7 nations, interest rates are stable and we have full employment. So, in spite of Brexit uncertainty, we’re not doing too badly.”

He asked Solent 250 businesses whether they were thinking beyond the short term, and if a lack of both government investment and their own investment in infrastructure and capital assets was affecting both the UK’s competitiveness and that of this region.

“One thing private companies are very good at is being adaptable. That’s a strength which Solent 250 companies can bring to bear in 2020,” he observed. “I think there’s a general feeling by businesses of ‘just give us some certainty and we will work our way through it'.”

“The climate emergency is taking centre stage,” he thought. “While the UK is doing a lot to reduce its carbon emissions, the hard bit is still to come. Businesses have to ask themselves what impact reducing our carbon footprint will have on working capital and cashflow. Some may be forced to make changes, for example, by investing in new technologies or by new taxation burdens or tax incentives.”

The Solent 250 is an annual listing, compiled by The Business Magazine, of independent, private companies headquartered in the Solent region. It is sponsored by HSBC UK, Irwin Mitchell, RSM and CMA Recruitment Group.