Asda’s retail workers have won a key appeal in the supreme court in their long-running equal pay battle with the supermarket. The decision will have significant ramifications, not just for Asda and the other supermarkets facing similar claims, but also other retail outlets who have distribution depots, says a leading employment lawyer from Thames Valley law firm Boyes Turner.

The claim was brought by retail employees, mainly women, who argued that they should be paid at the same rate as distribution colleagues, mainly men, who worked at a different establishment. The employees had different terms and conditions and Asda argued that the claims should be struck out. 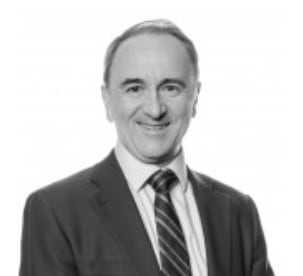 Explaining the legal arguments involved, Barry Stanton partner and head of employment at Boyes Turner said: “To be able to pursue an equal pay claim there must be a suitable comparator, who can either be someone working at the same establishment or elsewhere.  If they work at separate establishments there must be ‘common terms’. To satisfy the ‘common terms’ requirement it must be shown that the terms and conditions at the two establishments are broadly the same.”

The supreme court decision has clarified the threshold for the ‘common terms’ test. “What the judgment has done is make it clear that the common terms threshold is relatively low. It will be surprising if it is a significant issue in future litigation,” says Stanton. “The implication of the judgment is clear, far from being a fertile battleground upon which an employer can fight, it will only be in the most obvious cases that arguments on this point will be successful.”

Asda’s retail workers still have a long legal battle ahead of them. Stanton explains: “Asda’s retail workers have won the right to have their roles compared to distribution workers, to establish if they are of equal value. The next stage of this long-running case will see the employment tribunal considering if the roles are of equal value. The third stage of the litigation will be when the tribunal will consider if there were reasons other than gender, behind the pay disparity between retail and distribution workers.”

Equal pay cases are also ongoing against other retailers, including Sainsbury’s, Tesco and Next, where the mainly female shop floor and checkout staff are seeking to compare their roles for the purposes of equal pay, to distribution and warehouse workers, who are generally men and paid more.

Stanton adds: “Whilst the supermarkets and retail stores are currently in the firing line, other businesses can also expect employees to look at pay differentials, particularly with ongoing gender pay gap reporting.”