Why Oxford could be an employment hotspot in post-Covid recovery 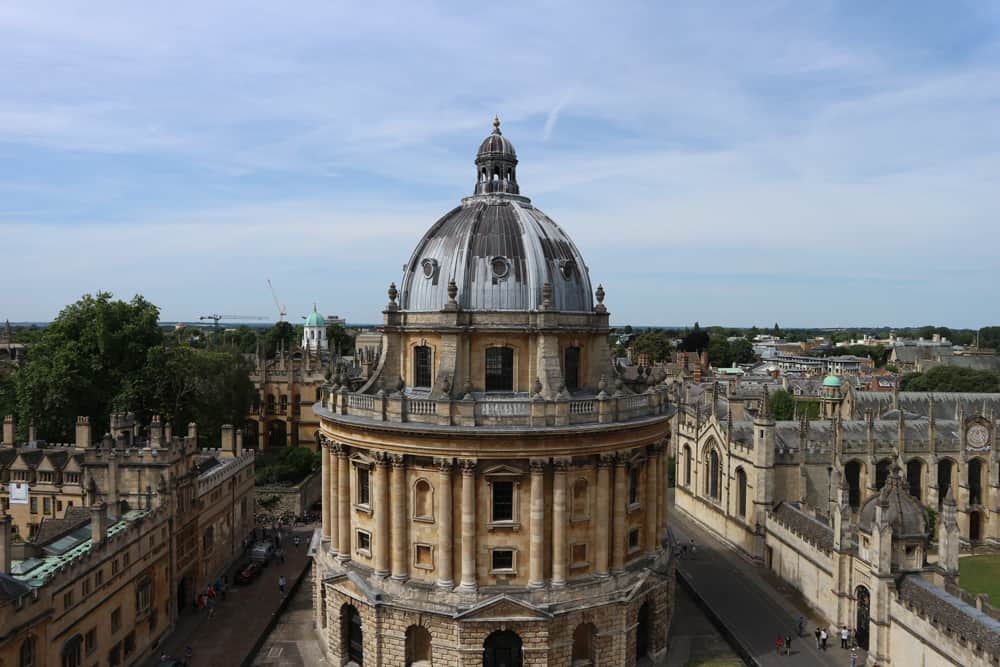 For months, recovery from Covid-19 has been a hot topic in business. The pandemic caused sustained, significant damage to regional economies across the country. But with the vaccination programme having an impact, and restrictions finally receding, the business community is now focusing on a "no regrets" recovery characterised by agility and adaptability.

According to research by Centre for Cities, which was commissioned by HSBC UK to understand how local business communities would respond, the Covid pandemic caused unemployment to increase by 1.3 million people up to the end of last year. In Oxford, the picture is no different, with unemployment rates at 2.3% and signs of economic hardship in surrounding towns.

And yet, within this context the country is aiming to 'level up' and 'build back better', creating new types of employment and reinvigorating the economy in a post-Brexit era.

To put this into a national context, Centre for Cities estimates the UK economy will need to create an estimated 9.4m jobs just to get 1.3m people back into work. This is partially explained by the fact that positions are lost every day in the economy to change, technology, redundancy, and failure, meaning a net increase in jobs has to overcome what is being lost in the future, as well as the jobs that have gone in the recent past.

The research also showed that new businesses are most likely to deliver these jobs. New businesses created more than 3.7m more jobs than they lost between 2013 and 2019, while private sector existing businesses lost just short of a million more than they created. So we must look to innovation, start-ups and off-shoots for employment prospects – not just the same corporate heavyweights we might have previously relied upon.

What are the prospects for Oxford? There is some positive news.

Oxford was one of only 16 locations around the UK to have experienced extremely strong employment growth in the pre-pandemic era. Between 2013 to 2019, Oxford’s private sector net job creation grew by 25% - that’s an absolute increase of 12,700 jobs.

This means it is not unreasonable to expect Oxford to be one of the first cities to experience positive employment growth in the coming years.

Oxford benefits from a diverse sector profile, shaped by the city’s world class universities which produce cutting-edge research and high qualified labour. In employment terms, education accounts for over 30,000 jobs, making it the biggest employment sector in the city, followed by health, professional services and scientific services.

Indeed, we know local services are vital to job creation and economic success. In the pre-pandemic jobs boom, roles were generated primarily in local services industries. Restaurants, shops and cafés were responsible for almost three quarters (72.1%) of private sector roles created between 2013 and 2019 in the UK.

But how will employment growth happen now? The Centre for Cities report highlights three things. Firstly, supporting high street businesses and the hospitality sector will continue to be vital – it’s a big part of the Prime Minister’s plans to level up the country; secondly, supporting labour-intensive industries, particularly where they contribute to other government ambitions, such as home insulation, will help to encourage people back to work; and thirdly, increasing skills to make it easier for people to move between jobs and industries.

The blueprint doesn’t stop there. We all need to become more productive, which is best achieved through research and development initiatives, encouraging high-skilled jobs back into Oxford, and attracting investment from international companies exporting to the UK.

While this is a theoretical exercise, there is real momentum behind the Oxford local economy. We see potential turning into reality every day. We speak to businesses all the time who have identified growth opportunities, created new products or opened entirely new businesses. The success of the regional economy relies on business people pushing forwards with their plans, unafraid of failure in pursuit of success.

Only time will tell what a "no regret" recovery really means for the businesses of Oxford. But if we continue to innovate, continue to adapt, continue to shape our local communities with new services and better businesses, the evidence suggests Oxford should be leading the way.

About Centre for Cities

Centre for Cities was set up in 2005 by Lord Sainsbury of Turville as an independent, non-partisan research organisation.