A fond farewell to Ross Wilson 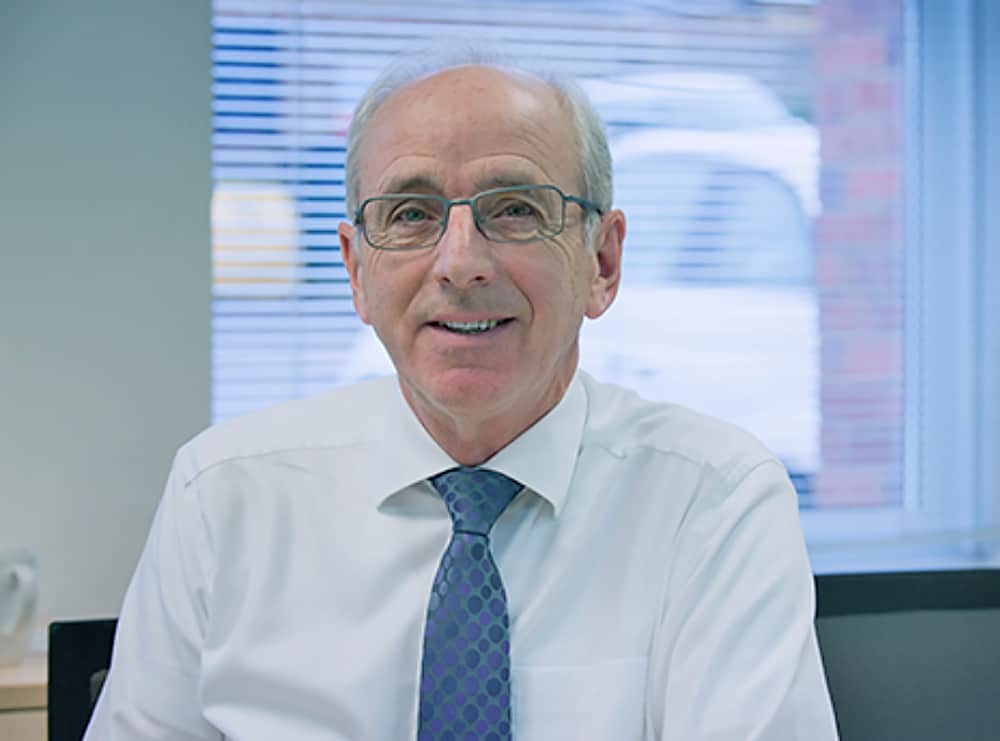 Ross Wilson (1948-2021), a much respected business leader in the Thames Valley, was an expert in advising SMEs and countless businesses in the region benefited from his extensive knowledge, experience and networking contacts. He saw his role as helping businesses to deal with the ‘pain’ they inevitably experienced at some point in their journeys.

Commenting on the contribution Ross made to the region’s business community, Peter Laurie, Senior Adviser at The Business Magazine, said: “My first encounter with Ross was sitting alongside him at an event we were running in support of SMEs in the Thames Valley region. He was full of such enthusiasm and genuinely enjoyed helping businesses grow and overcome the challenges they faced. I always enjoyed meeting up with Ross and he was a supporter of The Business Magazine over many years.”

“Our condolences go to his family and colleagues at Wilson Partners. Ross had such a positive impact in the region. He will be missed", added Cristina Hlinschi and Richard Thompson, co-Managing Directors of Black Ox, the publisher of The Business Magazine.

Glasgow-born Ross qualified as an accountant and settled in Berkshire in 1975 after working for an accountancy firm in Jamaica, where his sons Allan and Chris were born. He set up Windsor-based accountancy firm Williams Allan with long-term friends Billy Mills, Alan Ross, Sandy Kerr, and others.

After Williams Allan was sold to Tenon in 2000, Ross joined his sons in business at their Maidenhead-based accountancy and advisory firm, Wilson Partners. The firm described his inimitable positivity and enthusiasm as having a huge impact on those people he came into contact with.

“We are truly thankful for the enthusiasm, curiosity and positivity that Ross brought in a unique style. His spirit will live on through everything we do – Ross was certainly someone who made life count and will be sorely missed,” the firm said.

Ross was regularly involved with local Chambers of Commerce and business forums, as well as being Chairman of the Berkshire branch of the Institute of Directors. Paul Britton, Chief Executive of Thames Valley Chambers of Commerce, commented: “Ross was an inspiring and hugely respected man. He will be greatly, greatly missed.”

Keen to use his business skills to benefit others, Ross was involved with the Prince Philip Trust Fund since it was established in 1977. As Treasurer and a trustee for over 40 years, he worked alongside HRH Prince Philip, and latterly the Earl of Wessex, to grow the charity’s support for charitable organisations and projects in the Royal Borough of Windsor and Maidenhead. Outside his business and charity work, Ross played squash competitively, representing Jamaica internationally during his time living in the country, and playing for the East Berkshire Squash Club. A keen golfer, he was a member of Temple Golf Club for many years and captained the club in 2008 and 2016.

“His glass was always half full. He taught me to look at business and problems from different perspectives and this helped me and my business enormously. Always full of energy and dry humour.” Richard Lawrance, investor and non-executive director

“An enormous loss. He was a kind generous man who always had time to talk and listen. I first met him nearly 20 years ago through the IoD and he became one of the first members of the Business Forum 14 years ago, of which he was a staunch supporter. He will be sorely missed at our meetings.” Sue Dormer, Marketing Consultant

“What a legend, I'm proud to say had the pleasure of his company on a number of occasions and learnt a huge deal from talking to him.” Eddie Pearce, Regional General Manager, Tindle Newspapers

“He was a truly great inspiring, energetic man who will always have a lasting impression on me and the wider business. I remember many a board meeting with him saying “is this really business critical?” keeping us on point, real and focused. Gary Chandler, CEO, Forefront Group

“Very sad news. In the years I have known Ross I have learnt so much from him. I was so much looking forward to our catch-ups resuming to face-to-face after 18 months of virtual contact. Such a great loss.” Henrik Bjorn Kock, Commercial Banking Relationship Manager, Virgin Money UK

“He had a vigour for life and a genuine interest in other people that is rarely, if ever, matched.” Michael Potter, Owner/Managing Director, Curve Workplaces

“Ross had a real impact on my formative years in the 90s and I’ve always held him in high regard as a professional, but moreover as a person. Sad news indeed but he very much lived and was very much loved.” Jamie Kennell, Adviser to the Board at Key Finance

“It was a privilege to know him and work with him; he was a great help and influence to me when I began my journey as a director. A truly amazing business man and a great personality too.” Mark Heard, Managing Director, STS Storage Systems