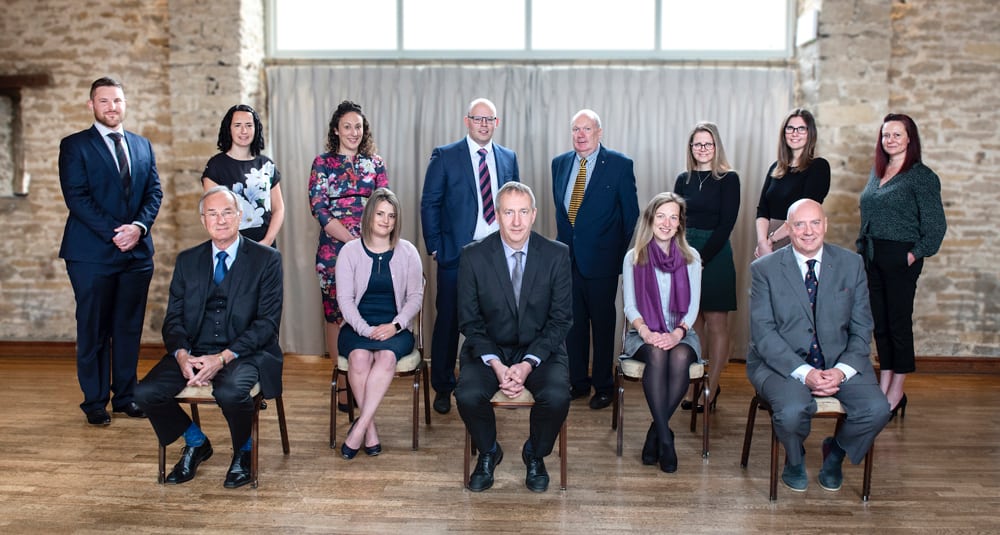 Staff and partners at accountancy firm Whitley Stimpson are celebrating 90 years in business. It was 1931 when the company first laid its roots in Banbury High Street, and it has flourished to become one of the leading firms in the M40 corridor.

Back then, George V was King, and Ramsay MacDonald was elected Prime Minister while locally Banbury United was formed as Spencer Sports Club. As now, it was also a challenging time economically with the country in the grip of the Great Depression.

Over the years, the company has grown significantly but its head office has always been in Banbury with it moving to its current location at Penrose House, Hightown Road in 1992.

Rapid expansion has come more recently through mergers with the Hale Partnership’s auditing, accounting and taxation division in High Wycombe in 2010, Baxter Payne and Haigh in Bicester in 2014 and Morgan Harris in Witney two years later.

As a result, Whitley Stimpson’s client base now stretches the country, employing 86 staff and it has been ranked as one of the country’s top accountancy firms for the seventh year running by the prestigious Accountancy Age 50+50 survey.

A key theme throughout its history has been its commitment to friendly and personal service as well as its dedication to nurturing young talent among its ranks. As a result, many clients have been retained from their early days as start-ups through to becoming multimillion pound enterprises.

Finance director Martin Anson, who has been with the company for more than 34 years, said: "I have seen many changes. When I started, auditing was completed with big lever arched files. Audit schedules were carried out on A3 paper and all test headings had to have a full report attached to it. The report had to be double underlined in red pen, cross-referenced, all matters arising cleared and staples had to be at an angle for easy review / turning of the working papers. You had review points for not completing these correctly. Never in my wildest dreams in 1986 would I have thought that in 2021 we would be completing audits electronically and watching a virtual stock take taking place in Hull while I sat in the boardroom."

Every year the firm employs several trainees including a mix of school leavers and graduates who will then have the opportunity to qualify.

Once on-board, new employees can take advantage of well-established and respected training and development programmes and as a result, staff retention is excellent.

Director Jonathan Walton added: "We are proud of the firm’s heritage and having been able to service the needs of the local business community over the last 90 years. The more senior directors of the firm have pride in watching the people we have trained and nurtured develop into director positions within the firm.

"We support a vast range of clients who’ve been with us for decades so not only do our people stay with us as we train them to become successful directors, but our clients do too."

Whitley Stimpson is based primarily in Oxfordshire with offices in Banbury, Bicester, High Wycombe and Witney, but its services reach all the way from the Cotswolds to the powerhouse of business in London.

Whitley Stimpson’s most prominent sectors are food and agriculture, property and manufacturing.