Azets: Echoes of 1990s as wave of personal insolvencies likely 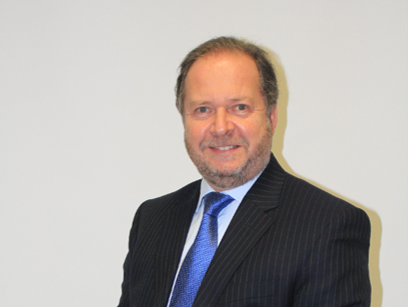 2022 is likely to see a dramatic rise in personal bankruptcies and asset repossessions across the South East as inflation and interest rates begin to climb and consumers struggle to absorb rising levels of debt, says Azets.

The Bank of England’s new Chief Economist has warned that inflation is likely to reach between 4% to 5% during 2022 whilst the Office for Budget Responsibility is pointing towards interest rates reaching 3.5% by 2023.   Mortgage lenders are beginning to increase mortgage rates with mortgage costs set to rise up to 15% by 2023.

More than 12,000 homes could be repossessed by June next year if the Bank of England follows through with a rise in interest rates according to Capital Economics. An estimated 2.2 million borrowers currently have "variable rate" mortgages whose repayments will change in response to a changing Bank rate. In the 1990s, interest rates reached 15% and around 350,000 homes were repossessed.

Stephen Grant (pictured), Partner, Accounts and Business Advisory Services for the South East and an expert in personal insolvency at Azets, is warning that there are clear signs that households and individuals will be facing significant increases in the cost of living, and debt levels. Azets is an SME-focused international accounting, tax, audit, advisory and business services group with offices in London and across the South East of England.

He said: “Interest rates have been so low for so long that there is a generation of consumers inexperienced in managing a sudden rise in their overheads and costs. Interest rates tend to be the main mechanism by which the Bank of England controls inflationary pressures, and all the market commentary points to rising rates.

“This also means that households will have fewer funds to make monthly payments towards loans and credit cards, historic HMRC debts, direct debits and other costs. The end of the £20 per week uplift on universal credit for some families will also add to the financial strain. They could also be under further pressure with payment holidays on loans and credit cards now finished and the courts open to action from creditors.”