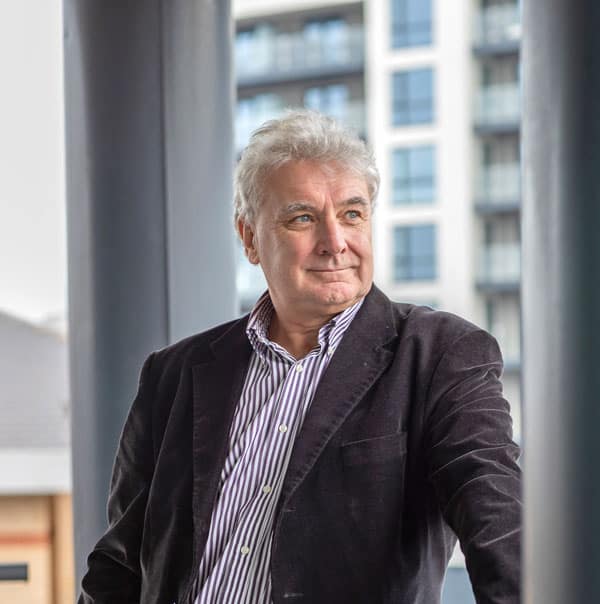 After bowing out of Southampton’s professional services scene in June at an energetic 67, BDO Southampton’s senior partner Kim Hayward offers his opinions on why local business leaders should do more to influence regional government decision making, the value of networking, and supporting entrepreneurial businesses.

When Kim Hayward joined BDO’s Southampton office in 2002 from ‘big four’ accountancy firm EY, he was attracted by the smaller firm’s big ambitions in the region.

“BDO wanted to make a greater contribution locally, so my role was getting out and about in the business community,” he said. “Up until then, the firm had certainly hidden its light very well under a bushel.”

He ran the Southampton office for six years and was also appointed the UK firm’s international liaison partner in 2010. He helped set up BDO’s Europe/China desk, making it easier for European businesses to trade with China, and actively supported the revitalisation of the BDO India firm.

Although he says he has never been particularly political, Hayward feels that there is a disconnect between government support for the region and the involvement of the local business leaders in shaping how central funding is used.

“I still see too large a gap between central government and local business communities. Our LEP develops meaningful strategies but too many of our best business leaders are not at that table,” he said.

He also thinks that less networking by professional services practitioners, and businesses in general, is partly to blame. “Regional economic progress has to be driven by business leaders – and they need to know each other and each other’s businesses,” he emphasised.

Looking ahead, he sees more local niche accounting and legal firms emerging – “which will keep bigger firms, like BDO, on their toes” – and he is wary of a post-Covid “war for talent” in the professional services sector.

Despite these parting criticisms, Hayward is positive about the region’s prosperity, especially growth from its ports and technology and life sciences spin-outs from its leading universities.

He was an active contributor in many successes, including as a mentor at the SETsquared business incubator, a partnership between Southampton, Surrey, Bath and Bristol universities and a supporter of the facility at the Southampton Science Park at Chilworth. More could be done to bring local businesses and universities closer together, he suggested. “As an adviser to of the University of Portsmouth’s Business School I encourage businesses to use the academic resources available on their doorstep – the support universities can give businesses is often misunderstood and undervalued.”

Positive about the future

As a keen promoter of international business, Hayward is excited by the benefits that the new Solent freeport will bring to the wider local economy. The region’s growing reputation in research, like Southampton University’s Cancer Research UK Centre, is another significant driver of growth that he believes will generate new business opportunities.

Against this backdrop, Hayward believes BDO Southampton is well-placed to prosper having cemented its position locally as the leading adviser to the mid-market over the past few years. “I’m leaving the firm in a stronger position than it has ever been, both in terms of its size and the quality of its client base.”

You could say that a retirement age of 67 is relatively long in the tooth, but Hayward doesn’t see it that way. “Many of my friends retired in their mid-50s. There’s an easy answer to why I didn’t: if I love what I do, I’m still contributing to the firm’s success and regarded positively by those around me, then why would I want to stop?”

With four non-executive directorships now wanting to take up more of his time, Hayward clearly has no intention of, as he puts it, “just sitting around or playing golf”.