Leading independent accountant HWB has been appointed as the Oakhaven Hospice Trust’s auditors and advisers, further strengthening its position as one of the region’s leading advisers to charities and not-for-profit organisations.

The Chandler's Ford-based practice will be working with the Oakhaven Hospice Trust, which is based in Lymington and provides highly-respected palliative care and support to people with life-limiting illnesses and their loved ones.

Oakhaven costs around £4 million-a-year to run and receives just 11% NHS funding, with the remainder of the budget provided by donations, legacies and fundraising initiatives.

Michaela Johns, a director at HWB who leads the firm’s charity specialism, will be working closely with the trust.

She said: “We are delighted to have been appointed by the Oakhaven Hospice Trust and are looking forward to helping the hospice go from strength to strength.

“The hospice is a large highly-respected organisation and sets standards to which others aspire, so we are delighted to have been appointed.

“HWB has a strong track record in the not-for-profit sector. This appointment further demonstrates our reputation in this field and adds to our growing client base.”

Alison Cording, head of finance at Oakhaven, said: “We are delighted to be working with HWB, with their knowledge and expertise of charity finance. Their experience will support us in our futures plans and growth, and we look forward to a long and successful partnership.”

HWB is one of the region’s largest independent accountancy firms and works with clients across Hampshire, West Sussex, Dorset and Wiltshire. 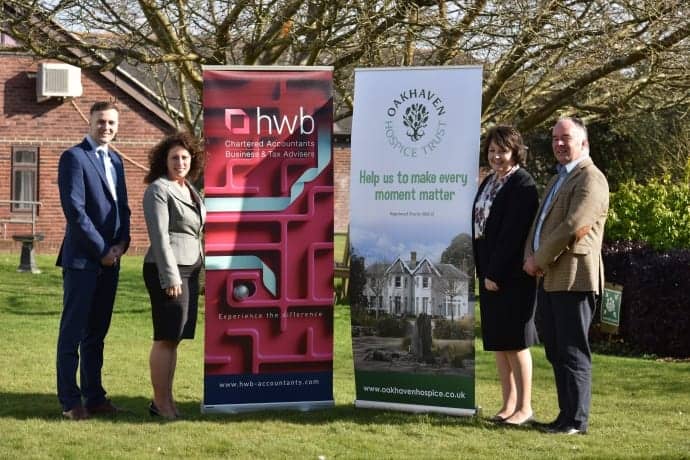