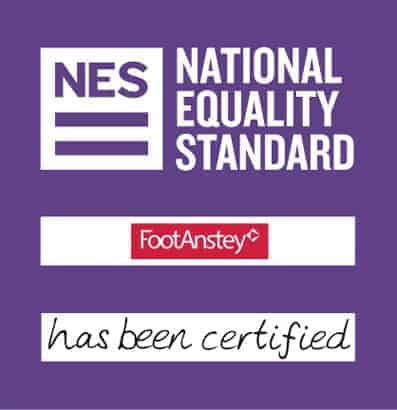 Law firm Foot Anstey, which has offices located in Bristol, Exeter, London, Plymouth, Southampton, Taunton and Truro, has secured reaccreditation from the National Equality Standard. In achieving its reaccreditation, Foot Anstey posted the highest score of any law firm.

The National Equality Standard (NES) was developed by business for business and sets clear equality, diversity and inclusion (EDI) criteria against which companies are independently assessed. The NES has become the accepted standard for inclusiveness in business across the UK and is now being used globally.

Foot Anstey was assessed on 35 competencies within the NES framework, and scored an impressive 32 out of 35. This included a 5 out of 5 for the firms 'Core components EDI' and 5 out of 5 in the NES 'Your development' competency, which explores talent attraction, career progression and learning and development.

The NES assessment found that Foot Anstey continues to consider flexible working a key priority and has clearly explained the benefits of flexible working to employees, which has resulted in a high proportion of employees being on formal and informal flexible working arrangements. The firm was also recognised for its external relationships and CSR, governance and senior level scrutiny as well as its robust annual pay process.

Ramsey Mirza, HR director at Foot Anstey who led the process, said: "We are incredibly proud of both the reaccreditation and this high score. Diversity and inclusion is a strategic priority for the firm, and we have made significant progress to build on our previous score with our focused efforts around equality, diversity and inclusion."

Arun Batra, CEO and founder at the National Equality Standard said: "We are delighted to be assisting Foot Anstey with its National Equality Standard (NES) reaccreditation, following its original assessment in 2018. Foot Anstey’s efforts to incorporate the 2018 assessment recommendations were marked. Most notably there have been significant improvements to the firm’s EDI communications approach, now a key strength, as well as significant enhancements to the support available for mental health and well-being.