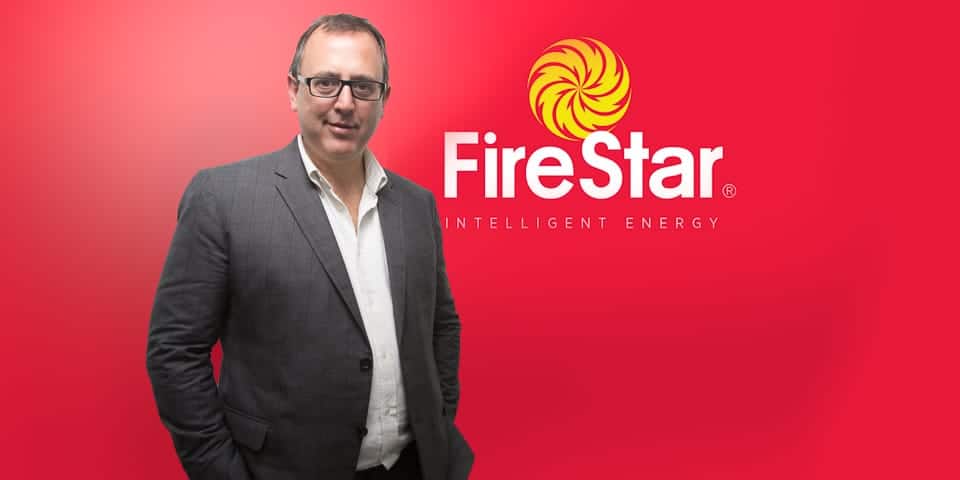 Today’s worldwide energy product market is worth an estimated US$50 billion and now taking on the big brands at their own game is Oxfordshire entrepreneur Dr Andrew Guise.  He is co-founder of FireStar 'intelligent' energy crystals, a product that he hopes will achieve US$250 million sales within the next decade.  With investment from a crowdfunding platform and a healthy dose of expertise from his background in finance in lifesciences, the product is already sold online and stocked in one major sports outlet.  On the day of the interview, Guise had just returned from a 6am pitch in London, hoping to make the shortlist for the Virgin Media Business VOOM 2016 competition.  He credits serendipity and the support of family with giving him a series of lucky breaks throughout his career.

With a father who was a quantity surveyor in the oil and gas industry Guise, now 45, spent his early childhood in Dubai before attending boarding school near York.  It was an experience he says helped him stand on his own two feet at a young age.  His first ambition to be a vet was thwarted by just missing out on the necessary A Level grades, so he went to Bath University to study bio-chemical engineering, attracted not least by the city’s “half-decent” rugby team.  A placement with BP was followed by a PhD, before a move into corporate finance which led to a return to his biotech roots.  Six years ago, he came up with the idea for FireStar and, after one false start, it is now going full steam ahead at Oxford Science Park.  Married to Accident & Emergency consultant Dr Lizle Blom, Guise is also proud father to what he calls his two-year-old “miracle”, daughter Isabelle.

I hated the first year of my degree course but through good luck and bravado I got through it and was very fortunate when BP offered me a position making polyethylene in the south of France for my work placement year.  They paid me well - I learnt a language, lived in a great city and learnt to ski for the first time, it was a phenomenal year.  By the end of it though, I knew I didn’t want to be a chemical engineer.

So what did you do next?

Serendipity played a huge role.  I scraped a 2:1 for my degree and, as I was always interested in biology, decided to try and move into pharmaceuticals.  I was told that to really get on I’d need a PhD and I was fortunate enough to be offered a paid research officer post with the university, enabling me to work but use that data as part of my degree studies.  It took me those three years to discover bench science was something else I didn’t want to do.

And from there you went into corporate finance?

Bath had a really good MBA programme, during my time there I was very involved with the Student Union, helping set up the first postgraduate guild to support mature students.  I saw MBAs going off to work in the city, so I decided to follow and wrote over 100 applications.  I decided to join Deutsche Morgan Grenfell’s graduate programme, working on mergers and acquisitions in the healthcare and chemical sectors.

It was a fantastic opportunity, I was about 25, earning a fairly generous salary working on M&A deals for big corporations, but it was also pretty hard work, you were in the office 8am-10pm every day and one day at weekends, so you had no other life.

I then moved to a purely healthcare role with UBS, it was just as the first technology bubble was taking off.  I worked with teams that raised around US$2 billion for different companies, executed M&A in many sub-sectors of healthcare, and was leading the day-to-day management of some very large deals - it was very demanding with a lot more responsibility, but also very fulfilling.

The corporate finance market was changing though, and when I was offered the chance to work with a biotech company that I had floated in Holland, I jumped at the chance.  I wanted to get back to my science roots.  From there, I worked for several more biotechs and latterly  floated Thrombogenics on the Belgian stock exchange.  I was very lucky to have done very well out of it - not enough to retire, but it enabled me to return to England to my future wife and set up my own consultancy business. 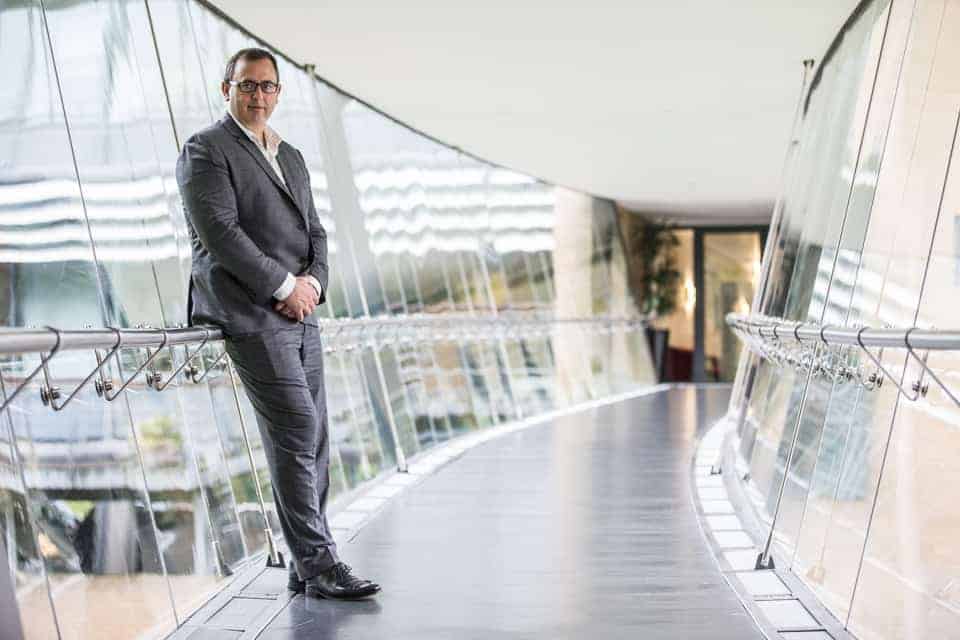 Tell us about FireStar - where did the concept come from?

It was six years ago when I first had the idea.  I couldn’t believe how big the energy drinks market had become for products which I saw as being fizzy liquid full of sugar and calories.  I thought there had to be a better way of getting caffeine into people, so I set about trying to find it.

The issue is that you need about 60 milligrams of caffeine to have a tangible benefit, but because it is so bitter, you need to be able to disguise the flavour, which we were eventually able to do by encapsulating it.  It was real kitchen table stuff, I was experimenting with gums, hard boiled sweets and all sorts of things.  Fortunately, as I’m the cook in the family and my wife works all hours at the hospital, she didn’t mind too much.

How successful has it been?

We started selling online and through a few stores and attracted the attention of a big corporate who was very excited by it and offered to buy it for a large sum.  Unfortunately, after some considerable time and effort it all fell through, and they used the diligence to set up a competitor.  It was a real kick in the teeth and I decided to get on with consultancy work.

It was only when Tom Baker, who lived in the same village and is now my business partner, kept pestering me to look at it again that I re-started the project.  We put together a business plan, found ourselves an office and went out for crowdfunding, raising the majority of the £150,000 we needed in just three weeks.

Again, we were lucky, we attracted some great investors who helped us look at our USPs, rewrite our brand values, our message to consumers, and develop a completely new website.

Where do you go from here?

It’s still early days, but we are stocked by Sports Direct and we’re talking to many more retailers here and in Ireland, the USA and Canada.  The energy drinks market is very much led by impulse buys, around 80% of energy drinks are consumed within 20 minutes of purchase.  Ours is a very different proposition, it’s about educating the market on just how unhealthy we believe these drinks are and why an alternative is needed.

We have a product which is much healthier and more effective than anything else for people with active lifestyles, it comes in sachets, it’s portable, convenient, low calorie and it tastes great.

We’re already working on a new generation product which will be patented, so it’s an exciting time.

We had just three minutes to pitch to a panel of five judges, so it was pretty nerve-racking.  If we get through to the finals we’ll be pitching live to Sir Richard Branson for the chance to win a share of £1 million, which is very exciting.

What piece of business advice would you offer?

Working with someone else, rather than on my own, has made a huge difference.  I would say to anyone starting a business, if you can do it on your own, that’s great, but it can be a lonely time.  When there are two of you, you keep each other’s energy levels up, you have a responsibility to each other and you avoid a lot of downtime.

Also, being a fairly “in your face” personality, my experience in setting up the first Postgraduate Guild, working with the Dutch and being at the bottom of the food chain in a start-up has taught me a valuable lesson - eat humble pie, as much as you can, try and influence people, rather than go charging in like a bull in a china shop, you’ll get further faster.  Despite what you think, you need others’ help, accept it when offered and seek it out whenever you can. 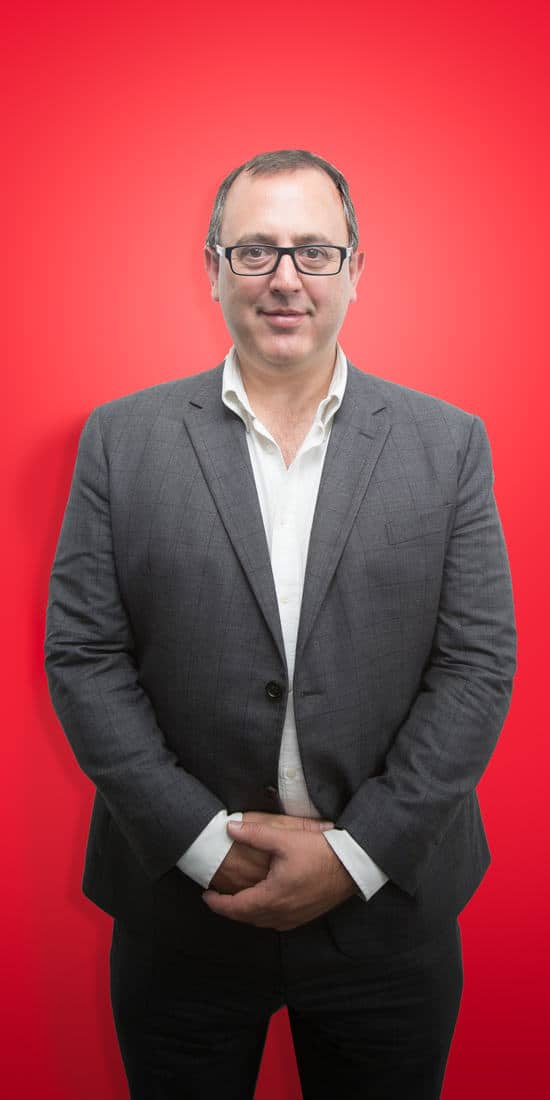 What was your first taste of being an entrepreneur?

When I was doing my PhD, I borrowed £3,000 from my father to buy a house and moved three friends in to help pay the mortgage that was probably my first entrepreneurial move.

How would you describe your career?

I’ve been incredibly lucky and am very privileged to have done some great jobs.  The majority of my career choices have been serendipitous, I’ve been in the right place at the right time and then been able to take advantage of situations.

Have you had any role models?

Not really, but that doesn’t mean I don’t admire what some people have achieved.  I’ve only recently engaged with mentors, and wish I’d done so earlier.  It is far easier to learn from others than it is to do it yourself.  There is bags of experience out there go find it, use it.

Given you promote an energy product, do you do any sports?

I’m an ex-rugby player, with no cartilage, two bust Achilles tendons, who likes and cooks good food and thus am a bit overweight.  Between FireStar, a wife working A&E plus the Thames Valley Air Ambulance, and a two-year-old I love spending time with, I don’t have time for the gym.  I must do better.