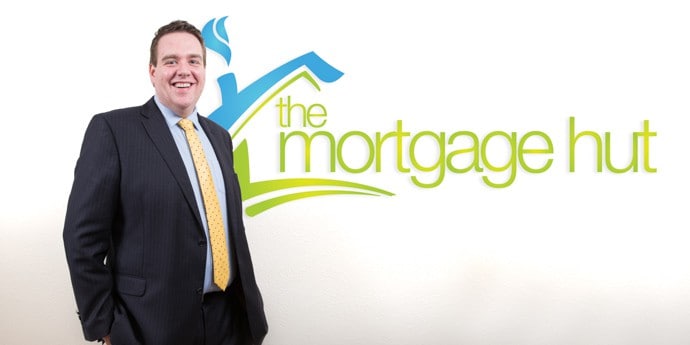 In just four years, Chris Schutrups has grown his fledging portfolio of Southampton-based mortgage companies into a £2.5 million business and last summer he was crowned a regional Young Entrepreneur of the Year.  Still only 25, the former estate agent and police special constable is instilled with a strong sense of giving back to the community and a determination to succeed.

Growing up in Scotland, where his parents owned a hotel, Schutrups enjoyed a good business sense from an early age.  He started making money while at primary school, graduating through ebay as a teenager.  Life taught him a harsh lesson when his parents‘ hotel went bankrupt and the family returned to his mother‘s home city of Southampton, but on entering the world of work at just 16, he quickly found his feet in sales and his career took off.  He launched The Mortgage Hut in 2011 and followed that with the launch of Police Mortgages in 2013 and Blue Light Financial in 2015.  As group managing director, he now oversees operations and new business ventures.

Where did your entrepreneurial spirit come from?

My parents owned a hotel in Scotland and worked very hard.  As I grew up, I always found business and making money really interesting – at junior school I bought a briefcase from Asda and filled it with sweets from the corner shop that I sold at double the price in the playground.  In secondary school, I had two businesses – ebay had just come in and I bought phone boosters for two pence each and sold them at 50p each.  I had a network of friends and I gave them 20p for each one they sold.  When I was about 15, I met someone who worked in IT and we started a web hosting business and I was earning about £150 a month for around a £10 outlay.

We were living in Southampton and after leaving school I went to college, but I wasn‘t very motivated and left after three months.  My parents were very upset.  I went to Primark, bought a suit and spent three days going around recruitment agencies, who found me my first job with HSBC working in a call centre.  I was only 16 and I knew the fact I was good at talking was my only skill.  Within six months I was the top call centre worker and went on to be in the top 250 in the world. 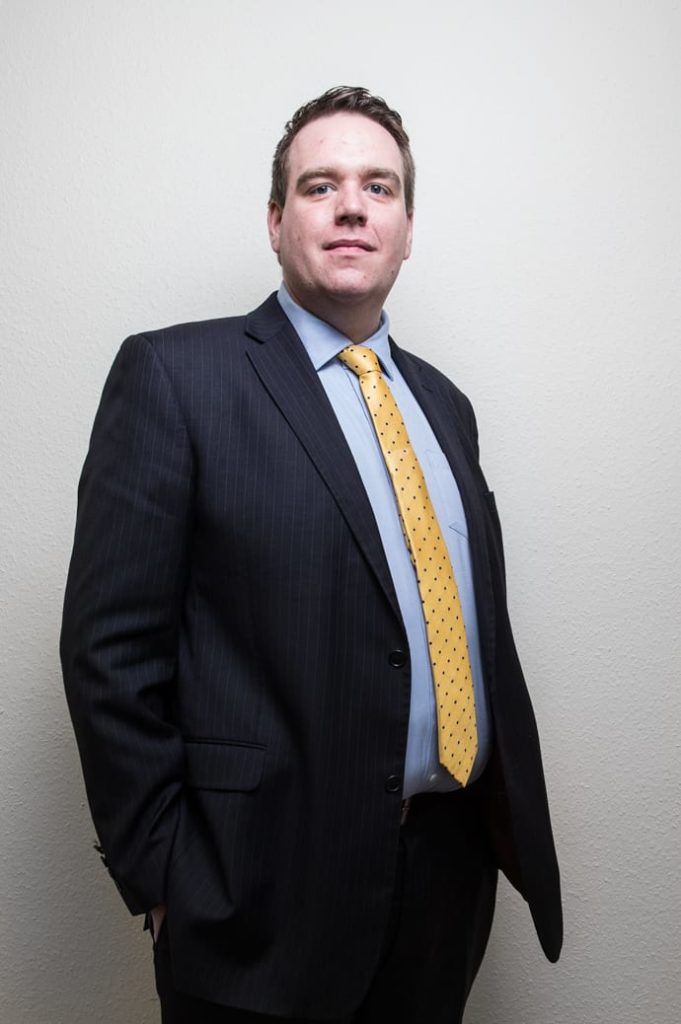 I was headhunted by an investment company in London, I had to make 400 calls a day – you weren‘t allowed to sit down and at 6ft 7 it was really hard work.  It taught me a very important lesson, I was earning huge amounts of money, but morally I didn‘t like what I was doing and I wasn‘t happy, so I left.

NatWest took me on at their Lymington branch which wasn‘t doing well at the time.  I had to persuade people who had been in the business for 30 years to listen to an 18-year-old boy with very little credibility.

It was difficult but I showed them what I wanted and made the point I would never ask them to do anything I wouldn‘t do myself.  Over time, it worked out really well, we turned it around from being just 7% of target to 140% of target and won their respect.

From there, I went to an estate agents as a mortgage adviser and became the top sales person in the region and I loved it.

Was it a big decision to start your own business?

A contact of mine was starting his own agency and asked if I would like to do the mortgages.  I left but unfortunately he then took a job elsewhere, which left me unemployed with no client source and very little money.  On top of that, my girlfriend had just found out she was pregnant and 2011 was still in the middle of the recession.

It was really difficult, but I was determined not to lose face, so I went and knocked on doors of estate agents and introducers and made it work.  I was 21, I had a desk in my spare room and just £10,000 savings, which was very stressful.

Did you ever doubt yourself?

Yes, at times.  By that December I went for a job interview with a competitor.  It was only because I am stubborn and believed in what I was doing that I didn‘t take the job.  I did think about giving in but that is the difference, if everyone found it easy, everyone would do it.

What do you attribute your success to?

I plan really well and I work out the numbers.  If it makes sense, then I believe hard work will get you there.  There were tough life choices to make at those times, but you have to believe in what you are doing and I do all this for my little boy.

My parents – they had a fabulous hotel business in Perth, but when the local foundry closed no-one had any money and business dried up.  My father would buy a loaf of bread and a packet of ham, and sell sandwiches out of the back of his car to make some extra money.

When we came back to Southampton, he sent out 300 CVs to hotels and restaurants but the only job he could get was as a night porter and he took it to provide for his family.

That‘s such a motivating factor for me, they are good honest people who went through highs and lows and, having seen what happened to them, failure doesn‘t scare me but it does make me more risk averse.  Now I can give back to them, they fully deserve it and are extremely proud of what we have achieved. 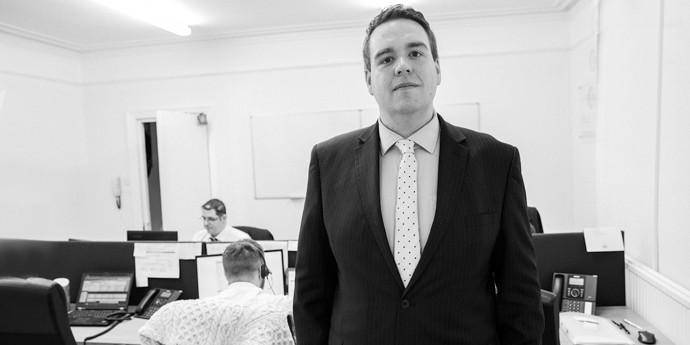 Do you see yourself as an entrepreneur?

No – for me doing business is fun.  You reach a goal but you always want to go further.  The fun is in the chase and enjoying the challenge.  Of course businesses will go through tough times but it‘s also incredibly satisfying.

How do you feel about winning awards?

I certainly didn‘t expect the Young Entrepreneur award and it‘s a real honour.  I still view myself as the same person as I was at the beginning; it‘s the company that does a great job.

I‘m really proud of how much we manage to achieve every single day.  When I started four years ago, a lot of it was just me, now we have a really successful team of highly-motivated individuals who share my vision of making sure we give people a really great customer experience.

We‘re competing with larger corporations for best broker in the UK and that‘s a reflection on our fab team.

How would you describe yourself?

Why did you become a special constable?

I have a very strong moral compass and I wanted to help people.  In this business you get a kick out of helping people and it was exactly the same in the police.  As a special, you see a whole different world and I think it makes you a better person.

Tell us about the charity work you do

We support a number of charities, including the Blue Lamp Trust, which promotes community safety in Hampshire, and Pensions for Paws, helping find new homes for retired police dogs.  We always try to give back. 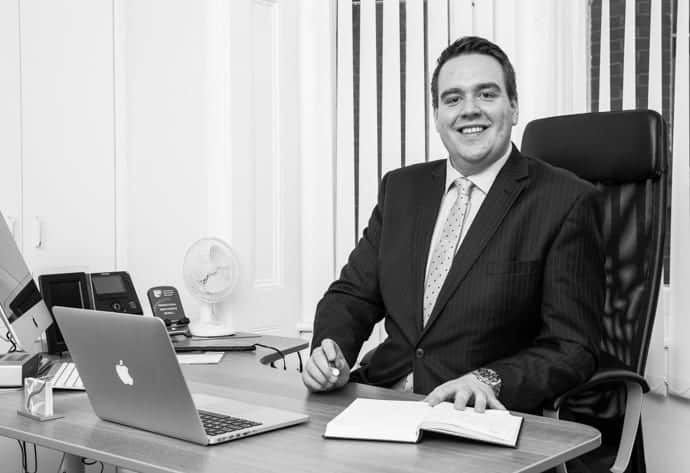 Where does the business go from here?

Money is not the main motivator for me now, I enjoy the success rather than the money.

This time last year, I was still the highest grossing adviser in the firm but I was working from 4am to 10pm and, with a three-year-old son, I didn‘t want to do that any more, so I‘ve stepped back a bit.

Having said that, we want to triple in size next year again and have just done a deal with the second-largest online estate agent which will fund another 30 mortgage advisers.  We‘re committed to growing the mortgage offering to the police and we‘ve also recently launched Airline Mortgage Shop for airline employees and we expect that to grow significantly.

We deal with very high volumes of mortgages every month; we do a great job for customers and are one of the top-10 providers in the UK.  I‘m also conscious that we work in a cyclical environment which is why we‘ve structured the business as well as we can, and we also have a very strong customer contact process through newsletters and social media.  Our goal is to be a national company that is recognised for outstanding service.

My girlfriend works for British Airways and I‘m fortunate enough to get away regularly on trips and as I‘m currently training as a pilot on light aircraft.  I try to fly every second week.  If I ever did decide to sell the business, it would be to go flying and see the world.