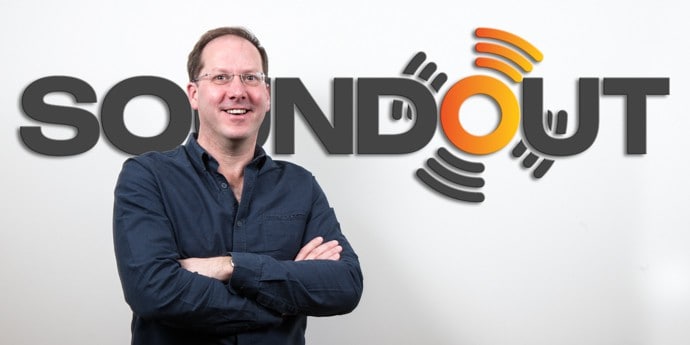 It’s not often that being 'fired' is described as a lucky break, but for David Courtier-Dutton it was the decision that set him free from life as a city lawyer and opened the door to a whole new career in the music and fashion world.  Today, he is founder and CEO of SoundOut, providing crowd powered predictive testing methodology for the music industry, and its sister review website slicethepie.com.  With its ability to spot both the best new trends and the 'no hopers' of tomorrow, the concept has also been taken up by the retail fashion sector and is poised to move into new markets.  With a full-time staff of 15 at its Reading base, the company posted a £800,000 turnover in 2015 and Courtier-Dutton forecasts 100% growth year on year.

Growing up in Farnham, Surrey, Courtier-Dutton went to the local prep school and then Bradfield College, near Reading, before heading off to Exeter University to read law.  He spent two years with a top city law firm but shortly after qualifying, Black Monday hit the financial markets and Courtier-Dutton, along with the majority of his fellow cohort, was let go.  He moved first into the corporate finance world, then technology and finally property development, before founding SoundOut and slicethepie.com a decade ago this month.  He is married to Cassilda, an interior designer, and has two grown-up children.

What did you want to do when you grew up?

At school, I couldn’t decide whether to pursue arts or science, so I did both and studying law seemed to offer good training while I decided what I wanted to do longer term.  Having joined a city law firm I found it was a difficult profession to break away from due to the attractive pay and benefits, so I was very fortunate to be fired and see it as one of the defining moments of my career.

When I was a lawyer, I always dreamed of being a venture capitalist, I thought it was the most exciting job in the world.  Now I’m a bit more jaded and I realise that although they get to meet a host of interesting entrepreneurs and companies, it’s mostly about financial engineering and constantly structuring risk to protect their downside.

But you moved into the corporate world?

Yes, as a corporate financier, I was part of a dedicated emerging companies team, working with businesses in the £20 million-£80m capitalisation space and handling exits and flotations.  I carved out a bit of a niche for myself in the technology sector and I quite enjoyed it – I quickly realised being an 'expert' was to always make sure I knew 1% more than anyone else – which in the mid 90s was relatively simple in the UK.  I remember once writing an internal paper for the bank to explain what the 'Internet' was.

I then joined Infobank, a B2B trading hub which I had helped to float on AIM, firstly as the in-house lawyer and then as strategic development director.  In 18 months, its value went from 40p to £42 a share with a market cap of around £2.5 billion, and in April 2000 we undertook an IPO on the London Stock Exchange, raising £130m.  It was just as the dotcom bubble began to burst.  During the three week investor roadshow we saw the share price drop to £13 – every day we visited shell-shocked technology fund managers and the last thing they wanted to do was talk to a technology company when the value of their portfolios was collapsing.  In the end, we just managed to raise the finance but then faced the brutal dotcom hangover.  Having made some money from the deal, I left a year later. 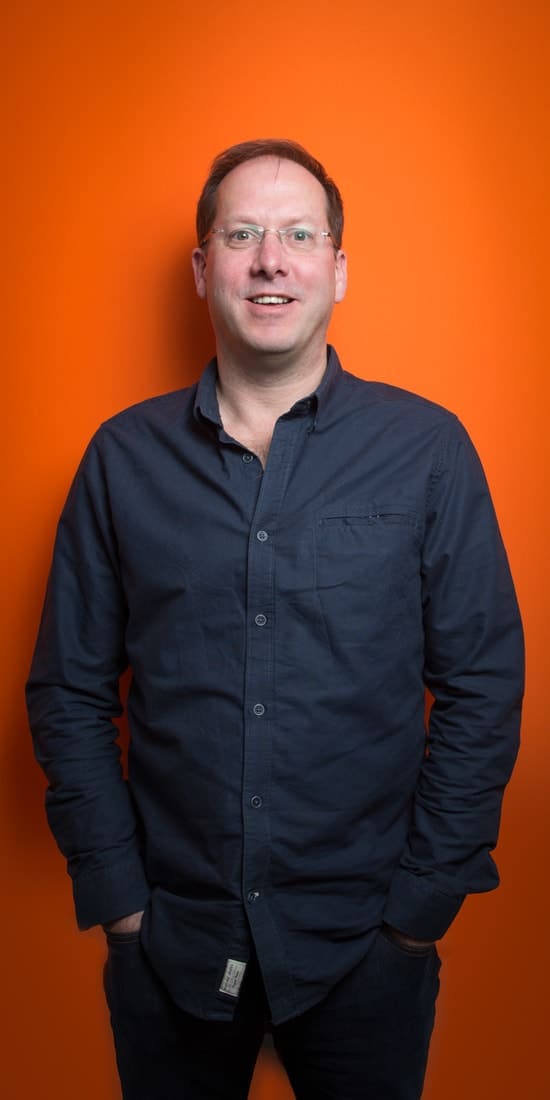 My wife is an interior designer and we’d always enjoyed working on properties together.  I set up a residential property business in Bristol with two partners and one of our highlights was developing Bridge House in Clifton, Bristol, into luxury apartments, which even today is still the most desirable address in the city.

What tempted you back into business?

I had always been into music and around the early 2000s, I was increasingly frustrated by buying CDs, getting them home and finding out that from 12 tracks, there were only two or three that I really wanted to listen to.

I also knew there were huge numbers of unsigned artists and plenty of music, but no way to access them.  Sites such as MySpace were just exploding and for the first time bands and fans were beginning to be able to connect online, which I thought was fantastic.

The only thing they were missing was a way of raising money outside the traditional label system and that’s when I launched Slicethepie as a fundraising site for musicians.  They could upload a minimum of three tracks, which would then be reviewed anonymously by an online community.  Using the blind review system meant we could identify which were the best bands, while another part of the website enabled the community to invest so the bands could afford to record an album.

How successful was that?

We funded about 35 bands, one of whom went on to sign for Atlantic Records.  The underlying business model wasn’t working though, so in parallel we set up a market insight business offering the service to independent record labels and artists that enabled them to automatically submit songs to our community to get reviews and market research.

Our problem was that no-one had really heard of us and we didn’t have any credibility, which all changed when I was approached by Rob Sisco.  He had worked for research specialists Nielsen and was based in New York and loved what we were doing.  He came on board – today he’s our president North America – and brought in all the major record labels, such as Universal Music Group, Sony Music Entertainment and Warner Music Group.  ReverbNation, the world’s largest community of unsigned artists, got in touch and we 'white labelled' our product to them.  They now sell over 5,000 reports a month to their community and our sales increased dramatically overnight.

Within 18 months, we had 60% of the world’s record companies using us as their music testing company and we became the world leader.  Unfortunately, we still weren’t profitable.

How did you turn it around?

We had to work out how to take the business model into different vertical markets and we identified the fashion retail sector as a potential opportunity.  We could see how our product could help with predicting future fashion trends, enabling companies to buy deep on future bestsellers and to make sure they wouldn’t be left with piles of unsold stock.

I knocked on doors, did a lot of cold calling and talked to people to try and understand the industry.  We were very lucky because New Look came on board early on and we also partnered with WGSN, the global market leader in trend forecasting for the fashion industry.  They can tell you what the styles will be anywhere around the world in two years’ time and they were looking to expand and innovate their offering to their fashion customers.

Together, we launched StyleTrial, which enables fashion marketers to gain feedback from our reviewer community on everything from one item to a whole collection, after which we provide analysis and reports.  It’s still early days, but increasingly large numbers of businesses are adopting it.

Now we’re moving into other markets, including FMCG, the catalogue sector and we are also talking to a major UK supermarket group.

Why is your offering different to traditional research companies?

We predict the future when you have no data.  Traditionally, the market research sector uses historic data and extrapolates the information it needs to predict what will happen next.  We create all the data we need to make accurate predictions about best sellers and what products not to order – and deliver the answer in under a week.

SoundOut is not a product for the consumer insight department, it is used as part of a company’s workflow that can make a dramatic impact on a company’s bottom line and that’s why we always go in at C-suite level.  This is both about spotting tomorrow’s bestsellers but also giving them the insight to identify problem areas before major buying decisions are made. 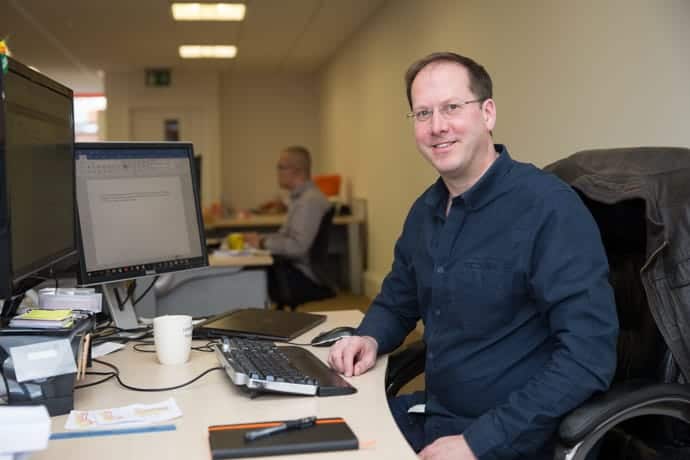 What’s your own prediction for the future?

We’re aiming for 100% growth, year on year.  Personally speaking, in the future I’d also like to get involved in talking to schools about being an entrepreneur and getting started in business, I think that’s very important.

What’s the best piece of business advice you’ve ever been given?

I’d have to quote Henry Ford: “A business that makes nothing but money is a poor business.”

My mother tells me that my great grandfather always said that nothing is impossible.  He was an engineer and someone wanted to build an oil tanker that was bigger than the largest dry dock in the world at the time.  He came up with the solution of building it in two halves and joining them together at sea – there is normally a solution to any problem if you think hard enough.

What are your own musical tastes?

They’re pretty eclectic.  I enjoy everything from pop and rock to ballads and folk music.  If you come to our offices you might hear anything from hard core hip hop to Disney tunes.

There’s always another renovation project.  We’re currently working on a two year project at a house in Heckfield and that keeps me busy.  Cassilda and I do all the planning, sourcing and designing together and it’s fun.

It’s also my 50th birthday and our 25th wedding anniversary this year, so we’re celebrating with a family holiday to South Africa and another trip with friends to Marrakech.