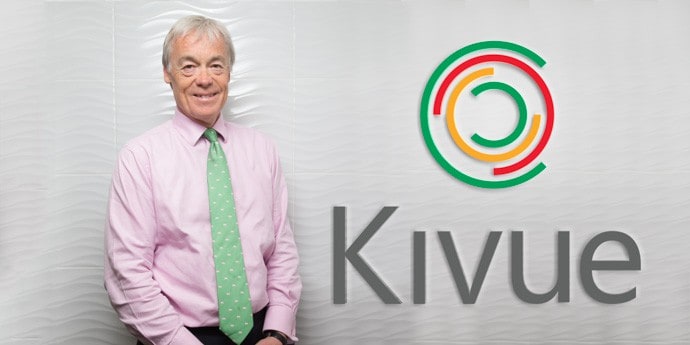 Having been born into a relatively privileged lifestyle in the family that founded Lloyds Bank, as a teenager Rupert Taylor saw his family fortune wiped out by the Lloyd’s insurance losses debacle.  Indeed, he says that the family went from rags to riches and back to rags in just five or six generations.  Today, having started with nothing, he has clawed his way back to success as managing director of two highly-successful businesses, Reading-based transformation and software consultancies – Pro4 Solutions and Kivue – and says he wouldn’t have had it any other way.

Growing up initially in Surrey, Taylor’s parents separated when he was young and he spent his early years commuting between his mother’s new home in Kent and Stratford-upon-Avon, where his father’s family lived.  He describes it as a “fragmented” start to life but one which helped to give him a sense of independence beyond his years.  At boarding school in Broadstairs he was less than academic, preferring sport and acting, for which he credits his selling abilities later in life.  From 13 to 18, he attended Clifton College in Bristol, before taking his first job in sales.  The experience has stood him in good stead in a career which has seen plenty of ups and downs, including his “big family adventure” of reforming and running a small olive farm in Spain.  Taylor is married with three grown-up children.

Tell us more about your family background

I was about 16 when the Lloyd’s crash happened so I was really too young to understand all the implications, but I knew that instead of receiving an inheritance, I wasn’t going to get any financial help at all.  I had grown up in a big house with all the luxuries but suddenly that was all in the past. It had a huge impact on what I wanted to achieve in life.

It was also very motivating though. I didn’t have the worry of passing on legacy assets to future generations and I’ve found my own success incredibly rewarding in terms of being able to provide for my own family by my own means.

Did you go to university?

No, my academic results weren’t great but also I couldn’t afford to support myself.  It was a situation I had never been in before – at 18 the stark reality was that I needed to go out and earn money to survive. 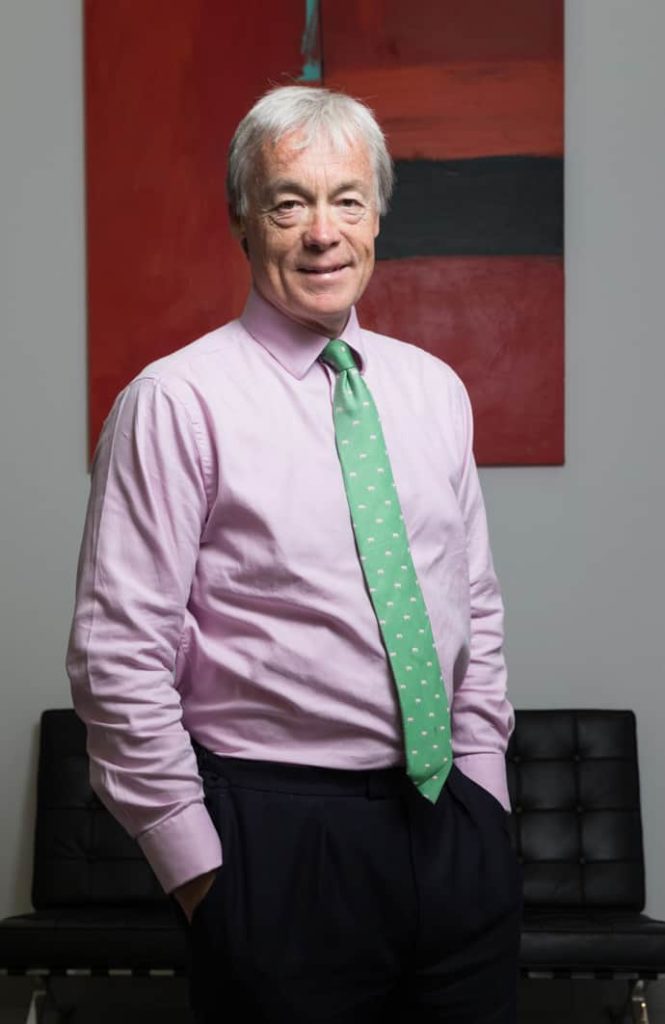 I knew I was good at talking to people and I was also competitive, which led me into a sales job at United Biscuits, selling upmarket boil-in-the-bag frozen food to the pub and restaurant trade.  It was funny because they gave me the East End of London to look after and, with my pinstripe suit and posh accent I went into the (then) infamous Blind Beggar pub and tried to sell them venison in black cherry sauce alongside pie and mash and fish and chips.  It was a fascinating learning experience, I don’t think they could believe it themselves, but within two weeks they had changed their menu.  I was very focused, I lived in a rented flat off the Cromwell Road and I wouldn’t go home at night unless I had opened three new accounts that day.

After two years I was put on a fast-track promotion and at 21 I took over several major accounts, including Marks and Spencer.  Unfortunately, I was too young to understand the complexities of working with such big customers and after 18 months I was demoted, which was really hard.  It was one of two or three times in my life when things haven’t gone right and the question is how you deal with it – do you bury your head in the sand or do you get back up off the canvas and fight back.  I chose the latter, I think failure is good, provided you learn from it.

I went to their restaurant division and at 23 was running 13 restaurants in the West End before I was approached by someone with funding, to set up our own restaurant in Newbury.  Again, it was a brilliant experience but the Newbury restaurant failed because it was in the wrong location.  I loved doing it but it cost me a lot, including my first marriage, and it made me consider if this was really what I wanted to do in terms of the amount of focus and time needed in the restaurant business.

Not long afterwards, a friend asked me if I wanted to work for him in telecoms as a sales director and, as I thought it was an exciting sector to be involved in, I said yes and spent two years there before being approached by Videotron Corporation to set up their B2B operation.

I went on to become a director and grew the business which, after five years, we sold to Cable & Wireless, which was incredibly satisfying and my first taste of the benefit of a shareholding.

How did you move into transformation?

I was asked by my previous chief executive to help him with a launch programme in Madrid but by then I had remarried and with my family living in Oxford, I was reluctant to relocate.  I took it on as an independent consultant and gradually moved into consulting and change management. 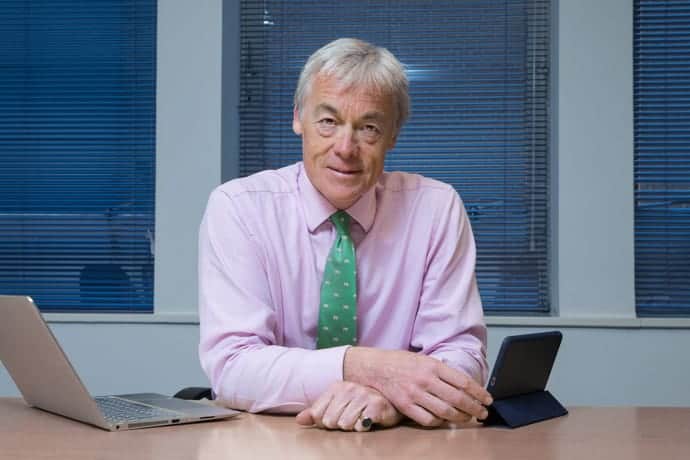 What prompted you to set up Pro4 and Kivue

I managed a number of projects in places including Madrid, Paris and Germany and when I started placing people too, suddenly I knew I had the basis of an attractive business.  I realised that my customers perceived real value in leadership and practical experience rather than pure consulting and they liked the fact that, despite never having done a project management course, I knew how to manage and deliver projects from experience rather than from a textbook, I had the basis of a scalable business proposition.

The original business was called Catalyst and I joined with another business in 2006 to create Pro4 Solutions. We saw a massive gap in the market for visualising project data into an engaging format and giving visibility of project portfolios to executive teams anytime, anywhere and so Kivue was formed.  Today we have over 1,000 users of our software in Kivue and Pro4’s turnover is about £5 million. We employ 120 people, mostly associates, and our customers range from FTSE 100 and 250 businesses to smaller businesses who buy our software.

Tell us something we don’t know about you

Before Catalyst merged into Pro4, in 2003, I took the family and we went and lived up a mountain in Andalucia for two years, reforming and running an olive oil business.

I wanted to take my family to explore a different way of life, learn a new language and share an adventure.  I was earning 50 euros a month coaching cricket at local Spanish schools and I fulfilled the part of me that wanted a real adventure, which was worth far more than any amount of money.

Of course it was a significant risk career-wise, but part of my make-up is that if you take risks you will get rewards – we still have the finca there today and have many customers of Fino Olive Oil.

Do you see yourself as an entrepreneur?

I don’t feel I’m a person who has brilliant new ideas via “light bulb” moments, but I am someone who will take risks and I strive to be the best at what I do.

What advice would you give to a younger person starting in business?

Don’t get too straightjacketed too young.  Allow yourself some time to freeflow and experience things so you can find out what you’re really good at.

Rather than an individual, I’ve always been driven by the need to provide for my family and I think that’s because of my background.  My wife and children are a huge inspiration to me.

You are involved in a project in Kenya

We support Footsteps UK, which is a brilliant project working with rural communities.  We’ve built eight schools so far and a medical centre, I go out there every year with other volunteers and we do things like sports and arts and crafts with the children.  It’s a great initiative and incredibly rewarding.

Where do you see your career going in the future?

At the moment, I’m still enjoying our two businesses and want to continue to build them further with a view to an exit at some point.  Within five years, I’d like to be in a position where I can do things differently and focus on helping other people achieve their ambitions.

I couldn’t retire because work is too big a part of my life, but I’m not a workaholic, I switch off on a Friday night through to a Monday morning.  In the future though, I want to have a better balance and spend more time with my family.

At 54, I still don my Lycra and you can find me doing a lot of cycling. I’m doing Ride London this year and I also do several sportive events.  My other passion, apart from my family, is cricket and I played for MCC for 30 years.