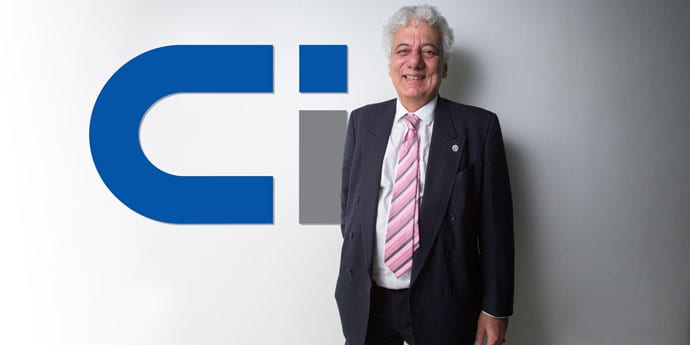 As the son of a former Prime Minister of Iraq, Rafi Razzak grew up with ambitions to be a pilot.  Instead however, he followed a more academic path, winning a scholarship to study in the UK and eventually joining IBM, which served as his entrée into the emerging world of personal computers.  Spotting an opportunity, he set up his own business in 1983 and, after a highly successful three decades, last year Centerprise International celebrated its 30th anniversary.  With its HQ in Basingstoke and a manufacturing facility in Wales, the business has a turnover of around £70 million and, including both permanent and temporary staff, employs more than 250 people.  Among his many accolades, Razzak has been voted Personality of the Year at the CRN Channel Awards 2013, and was recently named on the PCR Brit List as one of the 50 most influential people in tech.

Born in Iraq in 1949, Razzak was a high-achiever at school, securing the opportunity to study for his A Levels in the UK – a trip that saw him exchange his home country for Dudley in the West Midlands.  Describing himself as “starved” of city life, he headed to the bright lights of London for his university degree, gaining a BSc honours in Electrical/Electronic Engineering from Imperial College, London.  His first job was with the Central Electricity Generating Board, before he joined IBM as an engineer, working primarily on control system computers for the oil industry.  A visit to Taiwan in the early 1980s opened his eyes to the future of the PC market and on return he set up Centerprise International, originally called Tulips Enterprise.  Today, he shows no sign of slowing down and, when he’s not actually working he’s busy supporting the local business community and his beloved Basingstoke Town Football Club, where his ambition is to see them safely installed in a new ground.  Married to Becky, he lives in Upper Basildon, near Pangbourne, and has two sons, Adam and Ramsey, both of whom work for Centerprise.

It must have been a culture shock to swop Iraq for the West Midlands.  Tell us more.
I think the scholarship organisers tried to send us somewhere where we wouldn’t be distracted by the bright city lights.  I really struggled with the accent at first and also the school culture was very different.  In Iraq teachers were highly respected, you stood up when you spoke to them – my fellow pupils laughed at me when I did that.

Was London more your style?
Imperial was a fantastic university, I loved life there on campus and it was certainly more of a challenge academically.

What were some of the highlights of your early career?
Joining IBM was probably one of the best experiences and then again, it was probably the best thing to leave them as well.  In those early days, IBM only employed people under 20, they would give you a market to look after and every year you would be judged on performance.  They wanted you to do well, but not to exceed 100% growth because it could impact on market expectations for the company the following year.  I never understood that – I always wanted to do more.  I was there eight or nine years and I got to the point where I could clearly see where I would be in another 20 years.  I wanted to be more adventurous than that, so I left to set up on my own.

What happened next?
I soon found that without the infrastructure and support of the IBM brand, people didn’t want to see me any more.  It was quite a big step to move from a corporate environment to my own business but it was a good experience to learn from.  Suddenly you’re thrown in the deep end and there are no rules, it was quite a culture shock.

We started what was originally called Tulips Enterprise with share capital of £100,000; we put in our savings and other friends and family contributed.  It did scare me at first and for the first two years I didn’t pay myself a salary.
One very influential contact I knew from my IBM days offered me a job. When I said no because I was starting my own business, he wanted to buy some shares. He put in £21k and a few years ago they were worth £1m plus, so he had a pretty good return. 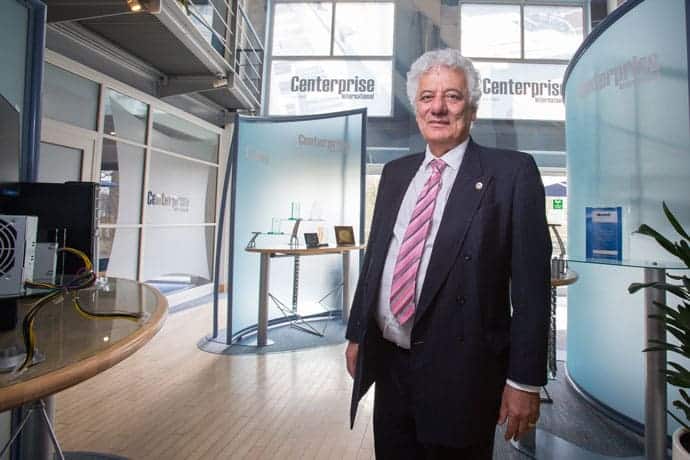 How did you spot the emerging PC market?
When I first started, I was fed up with IT and I wanted to do something simple, so I sold consumables – ribbons, paper, diskettes and became a major distributor.  After a year or so I was bored with it and around 1985 I began looking at the Taiwanese phenomenon of copying personal computers.  I brought over the components and began building computers.

Business was quite slow and it was only two years later that I was able to sit down with the people I employed and say to them that even if we didn’t have another single penny coming into the business, I could pay them for the next six months.  I always had a fear of failure so that was very important to me.  It meant I could sleep at night.

What was your first major customer win?
My first serious contract was Motorola. We custom designed computers for them so they could diagnose the mobile communications devices they supplied to the police.  That really defined our value-added service element.
I went on to configure Sage accounting packages on our computers, selling them for £999 and the response was so good we had people queuing for them.

Did the business grow quickly after that?
Until 1989, we were known as an engineering company and it was our technical skills which, in 1990, enabled us to win our first contract with the Ministry of Defence.  That really taught us the principles of discipline, loyalty and rapid response, and in a two-year period took our turnover from £2m to £8m and then £16m.  Then we won a contract with UNIPART to provide 5,000 custom computers for all its resellers and distributors as they moved from microfiche to electronic catalogues for all its car parts.
We also developed our own Advent brand of PCs to sell through Dixons, PC World and Currys and the Vulcan brand to the John Lewis Group.  The retail side taught me a very different aspect of the business; everything is focused on price, price, price.
The business is constantly evolving, today it’s about providing managed services and solutions.

You’ve won a number of awards, what’s your secret?
Excellent customer service.  We’ve worked hard to build relationships with our customers and that’s down to our very loyal and committed staff.  We’re proud of our successes. 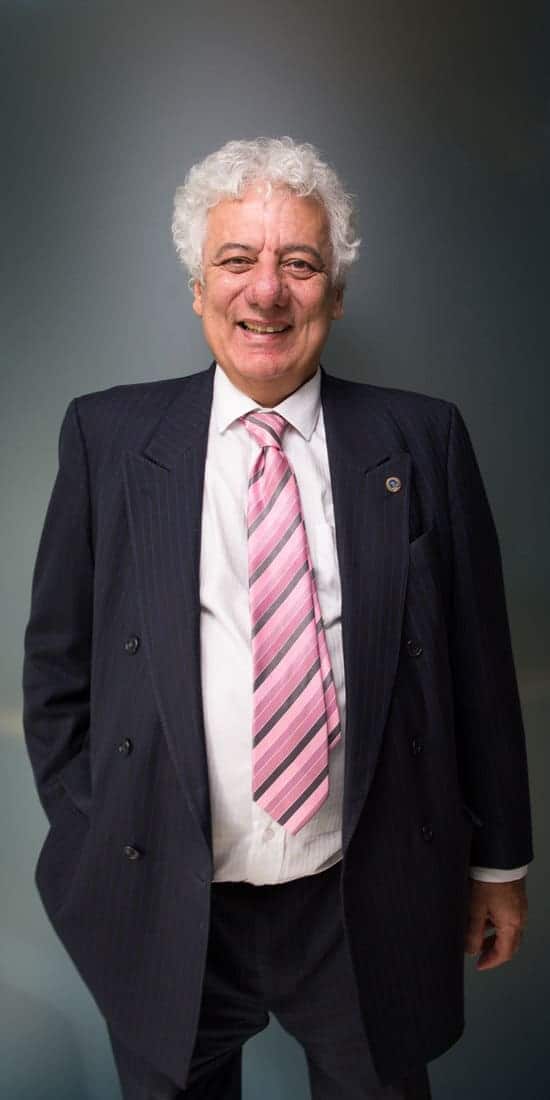 What are your future ambitions?
There’s no doubt technology keeps demanding different things.  We’re working with partners and looking at a number of ventures, including video conferencing, mobile data centres and of course data back-up using cloud services.  Issues such as data security, logistics and cost-effectiveness are top of the list for businesses.

You’re a big supporter of the new wave of entrepreneurs.
Yes, I’m always interested in helping them.  For me, it’s less about the money and more about giving something back and helping to support them.  If people have the aspiration and the commitment to do well, then I want to help.
We’ve made a number of investments, joint ventures and acquisitions in up-and-coming technology companies and I work closely with the local business community.

Do you ever stop working?
I’m a good bridge player and I enjoy reading, especially autobiographies, people like Blair, Maxwell, Gerstner and Jobs.  Whether they’ve been politicians or technology people, I’ve enjoyed them in a different way and I’ve learned lessons from them too.

You’re well-known as a supporter of Basingstoke Town Football Club.
Yes, I’m chairman and I’ve been working hard on plans to relocate them to a new ground and community stadium complex.  I’ve never been a footballer myself, I only ever played as a kid, but I wanted to give something back to the people of Basingstoke.  I really appreciate all the work done by people that support local clubs – not just football – week in and week out.
The club has been going for over 100 years and my aspiration is to see them playing football on a new ground, somewhere everyone can be proud of and which leaves a legacy for the town.
I’m also involved with various other sports and we fundraise for various local charities too.  In March, Centerprise donated £6,000 to Hounds for Heroes, a charity that provides trained dogs to injured servicemen and women.  Some of our staff raised money by running in the Reading Half Marathon and we had a race night at Basingstoke Rugby Club, as well as various other activities.

Any retirement plans?
I’ve just turned 65, but as long as I am healthy and enjoy contributing to the business then I’ll keep going.  I’m still very involved in the day-to-day operations and processes and I never sit at my desk for very long.  I like to be out talking to people, checking morale is good and knowing what is going on.
The secret is knowing when you are a nuisance and not contributing any longer.