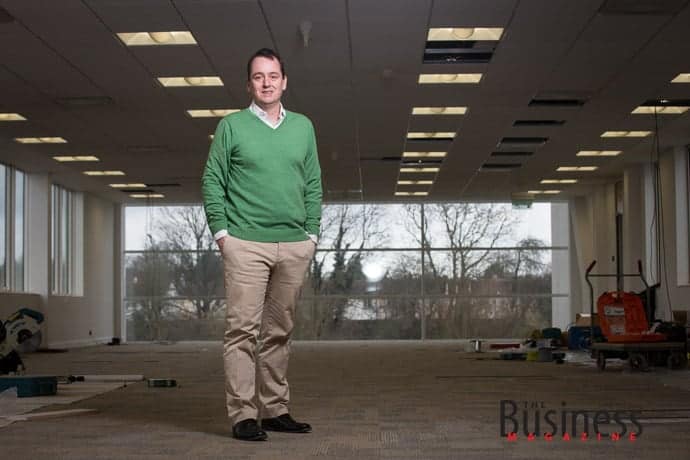 It’s a little over eight years since Will Cairns and his wife Claire set up BOTTLE. In that time they’ve created a thriving and multi-award winning PR agency and a top flight client list that includes toy company Axa PPP, Golden Wonder, musicMagpie, Poundland, Grosvenor Estates and baby and toddler food brand Organix. This month sees BOTTLE move into prestigious new headquarters in Northbrook House at the Oxford Science Park, setting the company firmly on the road to future expansion and greater success. Forty-two-year-old Will Cairns jokes that his career has followed the path of the River Thames – starting in London and gradually working westwards to his current home in the Cotswolds. Given that he grew up in Reading and has lived in Henley and Oxford, it seems like a fair observation.

He briefly escaped the clutches of the Thames to study history at Leeds University, but soon afterwards was back on track in the Capital where his first foray into the world of PR and media came after he joined NTL Cable (the forerunner of Virgin Media). A spell with Nortel Communications followed, where he was responsible for communications across the EMEA region, before Cairns joined what was then the fledgling ING Direct bank. It’s a time he reflects on with enthusiasm, not least for working with a “very, very bright team.”

He clearly made a good impression as the bank followed him to BOTTLE when he and Claire set up the business in 2005. From those early beginnings, the business has grown to its current client fee level of £2.15 million and now employs 30 people.

Tell us how you began your PR career

I joined NTL at a time when the cable companies didn’t have the best reputation – they were best known for digging up the roads – and no-one wanted to talk to the press. I put myself forward as company spokesman and found I loved it, it gave me a massive buzz and I knew that was what I wanted to do.

It’s still a big jump from in-house communications to setting up your own agency, why did you make the move?

Claire and I married in 2000 and by 2004 we had two young daughters. We were in the process of moving to Oxford where we were building a house, and Claire was freelancing. We had got to the point where we just felt we should be doing it for ourselves rather than for other people and we knew we could do it well. It was a huge leap of faith and tremendously exciting. We funded it ourselves, brought in a non-exec director and made sure we got some good advice from people who had “been there and done that.” Our aim was always to attract big brands who want a smaller agency culture and service and we feel we’ve done that successfully.

We’ve always had high expectations and we put our heart and soul into the business. We’d never done it before, so of course we made mistakes along the way. Every year is a new challenge for us. We’re now recognised as a national player, but we never want to rest on our laurels and we’re never satisfied with where we are.

Who was your first client?

ING Direct came with us so we had a great start. Their approach and their ability to focus on the core elements of their business was phenomenal and for me, working with them was a big highlight and of huge benefit to my career; they were simply astounding in the way they did things. We actually won our first new business client in January 2005, just as we began trading. That was AXA PPP healthcare, who are still with us. 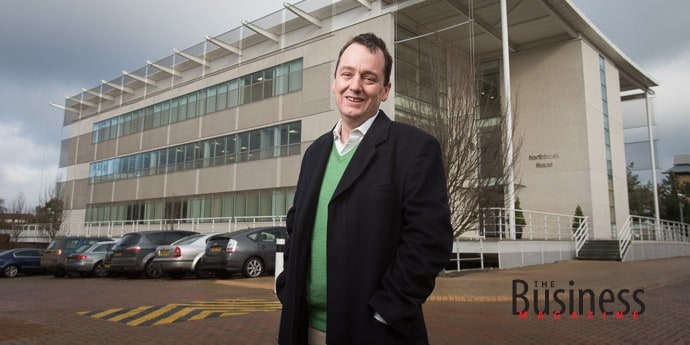 You have to be organised and, if you say you are going to do something, you have to do it. If you combine those elements with basic talent and ability, then you will thrive. If you’re not organised, you can’t do the job – it’s as simple as that. We are a very structured organisation, we know the numbers matter and we plan accordingly so we can staff to the right levels and make sure we deliver great service.

We’re also very big on measurement and accountability. We’ve just developed and launched a new tracking service for clients called Livetrack, which is unique in the industry and we also have what we call a customer thermometer check. Every month we send clients an email asking how we are doing – in the first 10 months of 2012 we had 53 golds (you’re on fire), 141 green (excellent), 19 amber (doing fine may need a bit more support) and 0 red alerts. That’s pretty impressive.

Tell us about the BOTTLE people – any Ab Fabs?

Definitely not. Everyone is very down to earth and grounded – we’re not arrogant and we’re not fluffy, but we are very talented. Our culture is very inclusive, we even have our very own BOTTLE Bank reward system where anyone can nominate a colleague for something they have done well – I was given one for signing the lease on our new offices. All our rewards are bottles, but of course that might be a bottle of bubble bath, it’s not always champagne.

What do you enjoy most?

I hadn’t worked in an agency before and what has been unexpected is how much I enjoy seeing really good people develop their careers. This business is all about people and it’s very satisfying to be part of that. We also love working with interesting clients who have a great story to tell. We’re busy launching the New York Soup Company at the moment and we’re re-launching Golden Wonder back into the UK market, which will be terrific.

How do you and Claire find working together – do you ever manage to shut the door on work?

We’re both here every day and we are still very involved with our clients and aware of what they are doing. It’s a very hands-on business, we still do client meetings and I sit and do media calls.

It works because Claire and I have different roles – as CEO Claire has the long-term vision, as MD I deal with more day-to-day tasks and am more focused on the people and the numbers. When we get home at night though, we try to close the door on it all and enjoy the time with our daughters, who are now 11 and 13.

Can you pick a favourite campaign?

It would have to be Poundland. We’ve grown with them over the past four years and it’s been brilliant. We have helped shape their business into a household name; it’s been all about changing peoples’ perceptions of a brand and influencing the consumer.

The way we all communicate has changed so much, what’s your take on what happens next?

I think there will be a massive growth in social communications, every single client that we work with has a social element to the campaigns we are running for them. There is no longer any delineation between social and traditional communications. I think Facebook, Twitter and Linkedin will probably stay as the top three platforms for communicating, but it’s what we do with them that will change.

At the heart of it though will always be the need to focus your communications on the people you want to reach – invest in the few to reach the many. The day of the scattergun news release is over.

There are plenty of awards on the bookcase – which ones matter most?

We’re very proud of all of our awards but it is the national ones which are very special.

We’ve just been named Outstanding PR Consultancy of the Year for the second year running at the CIPR Pride awards and collected an additional five gold awards and three silvers. All are testament to the hard work of the team throughout the year. 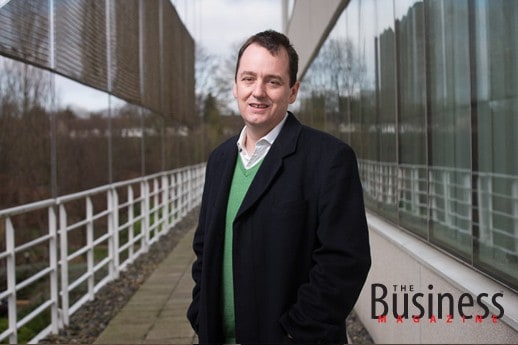 What next for BOTTLE?

Last year’s growth was 28%, this year we want our fee level to reach £2.5m. Our ambition is to employ around 50 people by the end of 2015 and we can only do that if we move to where the talent is. Being on Oxford Science Park gives us a huge opportunity to attract top people who are either working in-house or in other consultancies across the Thames Valley, or who want to come out of London.

You also have a rather sporting sideline?

I’m a keen cyclist and when we were in the Loire Valley a few years ago, we came across organised cycling tours. About three years ago I set up Pedal England and we now offer cycling tours to iconic places like Bath, Stratford-upon-Avon and Oxford. We make all the arrangements for clients, provide the equipment and the guides and guests absolutely love it. Maybe one day you’ll see me heading off to run it with one my daughters – but not just yet.