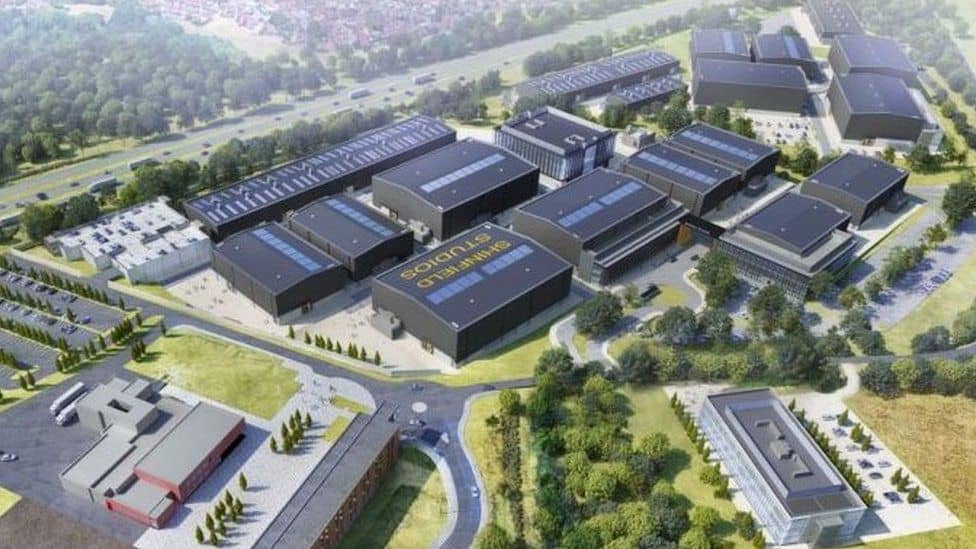 The giant Shinfield Studios film and TV complex has completed further construction in Reading, keeping on course to start running operations for a major Disney production later this year.

Based in Shinfield, Berkshire, the studio development is situated within the Thames Valley Science Park in south Reading. The sprawling media hub will be one of the largest studios in the UK when finished, almost on par with the prominent Maidstone Studios based in Kent.

Now work has begun on a further five large sound stages. Once it's complete, Shinfield Studios will comprise of 18 sound stages and consist of more than 85,000 square metres (well over 900,00 square feet). Four sound stages have already been built after accelerated planning permission was granted.

The impressive studio complex, due to be a huge boon to the local economy, is expected to be fully operational by the end of 2024/beginning of 2025.

A report conducted by the British Film Institute (BFI) highlighted that film, high-end television, video games, children's TV and animation contributed £13.48 billion to the economy in 2019.

In mid December 2020, the University of Reading entered into an agreement with affiliates of a US-based film studios investor Commonwealth Real Estate LP for a long lease of land at the University's Thames Valley Science Park.

Shinfield Studios is now the anchor tenant at the University’s new film and television hub, based at the Thames Valley Science Park. In July 2021, the University also gained planning approval for a TV studio to be built at the site.

The studio itself comprises of workshops, contemporary office space and an abundance of post-production screening facilities. All these spaces will be used for large-scale film and TV productions.

The Council voted unanimously to award the studios planning permission, however, certain conditions had to be met. One of which was to resurface an old footpath for local walkers situated next to the site for the studio; in December 2021 the footpath was cleared.

Shinfield Studios have stated that the development has been designed to embrace sustainability practices and all buildings have been constructed according to Building Research Establishment's Environmental Assessment Method (BREEAM) standards.

Additionally, around 10% of their on-site energy is being provided by renewable sources including heat pumps and solar power.

Investing in the future of Berkshire

The scheme represents a significant investment in the British film and creative industries. The studios and associated creative and digital hub will provide new opportunities for people and businesses in the region, as well as for young people from a wide range of backgrounds, including students and graduates of the University of Reading, looking for opportunities in the growing creative and entertainment industries.

Jaques comments on the effect on other industries: “Shinfield Studios is a film and television studio and therefore will have a positive impact on related services including production services (lighting, props, production), security, and hospitality (hotels, catering).”

The studios should bring major Hollywood film productions to the UK. Once fully operational, it's thought that Shinfield Studios could be worth more than half a billion pounds to the UK economy each and every year. On a more local scale, it's estimated that over 3,000 jobs will be created in Berkshire to support the site.

It's altogether great news for the area.