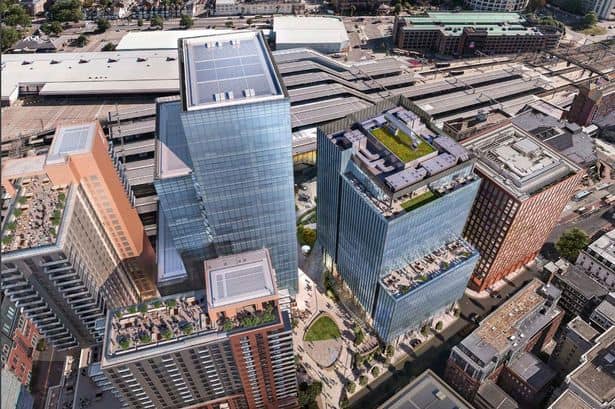 With the powerhouse that is Reading at its centre, the Thames Valley property sector is booming. The fastest-growing region outside of the capital and home to a diverse range of global businesses, its reputation and profile on the world-stage continues to grow. Here, Savills Reading property team discuss five trends that are likely to have the greatest effect in shaping the industry in 2022.

ESG becomes a reality in planning and development

The issue of climate change has evolved from being a peripheral matter to a global priority. Last year, the UK hosted the 26th United Nations Conference of the Parties (COP26) which resulted in all countries agreeing to a pact with “consensus on urgently accelerating climate action.” In order to try and deliver on its pact to accelerate climate action, the UK government is looking to ‘green’ the built environment. Considering that the built environment accounts for approximately 40% of the UK’s carbon emissions, this is essential.

But what does this mean for operators within the sector? Julia Mountford from Savills planning team explains: ‘There is a widespread appreciation among those in the planning and development industry that action must be taken. The process of reducing carbon, both within the existing and new built environment, undoubtedly presents challenges, but there are also a number of opportunities.

‘In Berkshire, all six local authorities have declared either a climate emergency or a motion relating to climate change. Carbon reduction policies are now being embedded in many emerging and adopted local plans with requirements that will change how schemes are planned, designed and built.’

Ed Keeling, head of development for Savills Reading, comments: ‘M&G announced its investment of £500m in Oxfordshire sustainable developer, Greencore, last month, and I think we can expect to see more niche developers partnering with new funding arrangements this year, creating a new sector of the market on scale.’

There is likely to be greater pressure from occupiers of offices requiring buildings with high ESG (environmental, social and governance) credentials. The further possibility of financial penalties (or taxes) for net polluters may well ensure compliance from hard-to-reach private households and businesses.

The input of specialist teams, such as Savills Earth, to support and advise clients on their ESG strategies will become increasingly important to help navigate emerging policy and identify the opportunities created.

Build to rent comes of age in Reading

A relatively new sector, build to rent has taken off across the UK with well over 200,000 new homes completed or under development. New home starts outside of London are driving the construction pipeline, with 13,500 homes under construction within the regions last year – 47 per cent higher than the three year average.

Gordon Hood, head of lettings for Savills Reading, said: ‘Reading has become a hotspot for build to rent construction, with a number of quality schemes, such as Thames Quarter and Station Hill bringing hundreds of much-needed new homes into the rental market. Demand for rental property was already strong, but as hybrid working expanded commuter belts, this reached unprecedented levels. Add to that the corporate relocations we are now seeing following the easing of international travel restrictions and significant stock shortages in the traditional market and 2022 promises to be the most significant yet for the sector.

‘For private investors and landlords entering the market, the opportunity is considerable. Professionals tend to prioritise convenience, so modern central developments will continue to prove popular, whilst families, attracted by the excellent schools here, are more likely to look for property in the suburbs and the villages beyond. Stock in these locations is particularly limited.’

Mergers and acquisitions to trigger a new appetite for development land

As the market moves into the post-pandemic period, developers and land promoters will re-gear for a more certain future. Ed Keeling comments: ‘We are expecting an increase in M&A deals within the sector this year, with Barratt Developments announcing its financing of Gladman Developments, the UK’s largest land promoter, only last month. This restructuring activity will help to accelerate demand for development land as newly formed or funded companies actively look to acquire land and grow as quickly as possible.’

M&A-led interest will feed into the release of pent-up demand the market has experienced over the last year, Ed continues, ‘The market for development land in the region is already healthy, with ongoing scarcity driving a competitive environment and resulting in exceptional value growth of 7 per cent for greenfield and 5 per cent for urban land in the south east by the end of last year. However, while we expect strong competition, values may be tempered by concern over build cost increases, inflation, interest rates and labour shortages, and could level out over the course of the year.’

Countdown to the end of Help to Buy

With the south east having recorded the highest number of Help to Buy (HTB) sales nationally between 2018 and 2021, the sector is bracing itself for the impact of the scheme’s closure in March next year. 28,602 homes were sold through the scheme regionally, which is approximately 30 per cent more than in the east of England, the next closest region for HTB sales, and 55 per cent of all new build homes sold.

‘With just over a year left of the scheme and with no direct replacement, we are anticipating a steep rise in demand for new homes,’ comments Alexa Peters, head of Savills residential development sales team in Reading, ‘Reading, in particular, is a hotspot for first time buyers and therefore, with demand significantly outstripping supply, build-complete schemes with HTB units are destined to sell well this year.’

The picture for the next five years is more complex. Our thoughts on how the market will respond to the planned replacement schemes are summarised here.

The Government published its long-anticipated Levelling Up White Paper this month, intended to provide more information on how it seeks to achieve its 2019 election pledge to ‘transform towns and cities across the country through ambitious regeneration projects.’

Acting as a manifesto for levelling up everywhere where there is disparity, it is clear that levelling up is not an event, rather a process for which this month’s Paper is the start.

Phil Brown, head of Savills Reading office, suggests how the region might stand to benefit: ‘So far the announcements include investment and initiatives encompassing the delivery of six new hospitals by the end of the decade, including the ‘rebuild of the Royal Berkshire’ in Reading and a ‘new hospital at Basingstoke & North Hampshire’. There is also a focus on the South Central Institute of Technology, covering Buckingham, Thames Valley, Oxfordshire and Thames Valley Berkshire.

‘More generally, the prospect of further devolved powers to local government should, in theory, open up opportunities for more coordinated development plans and regeneration strategies. Of course, to be effective this requires support in terms of both resources and funding in order to deliver infrastructure and investment priorities and support local enterprise.

‘Later this year we can expect to receive more information on growth targets, such as housing and jobs, which will, of course, be a crucial element in terms of how this agenda plays out across the Thames Valley and wider region.’

For more information or to speak to one of our team of Thames Valley property experts, please call us on 01189 520 500 or [email protected].