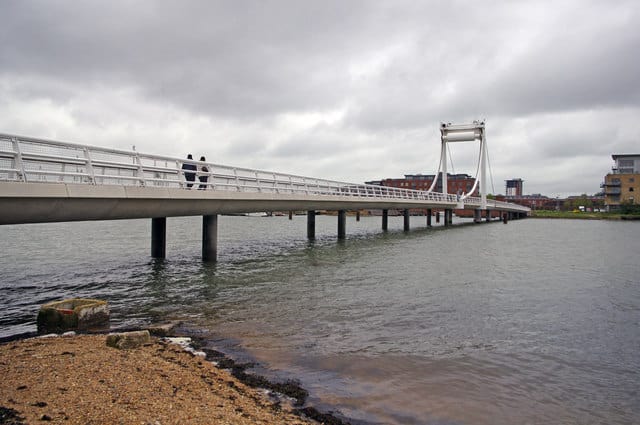 A KEY Gosport bridge is set to reopen to maritime traffic after a long period of closure.

Gosport Borough Council is planning tests of the Forton Lake bridge, or Millennium Bridge as it is more commonly known, which should lead to it returning to normal operation by the end of next week.

The mechanism that raises and lowers a section of the bridge, allowing taller boats to pass through, has been out of action for several years.

The structure is used by people walking or cycling to cross over the lake.

A Council spokesman said: "Final repair work on the bridge will start on Monday 24 January. The bridge will be closed to pedestrians and cyclists from 9am on Monday until 5pm on Wednesday 26 January.

"There will be a test lift of the bridge on Wednesday to see if the work has been successful.

"The bridge will re-open to pedestrians and cyclists on Thursday, but there may be more test lifts that day and on Friday 28 January, which will mean some restrictions on access."