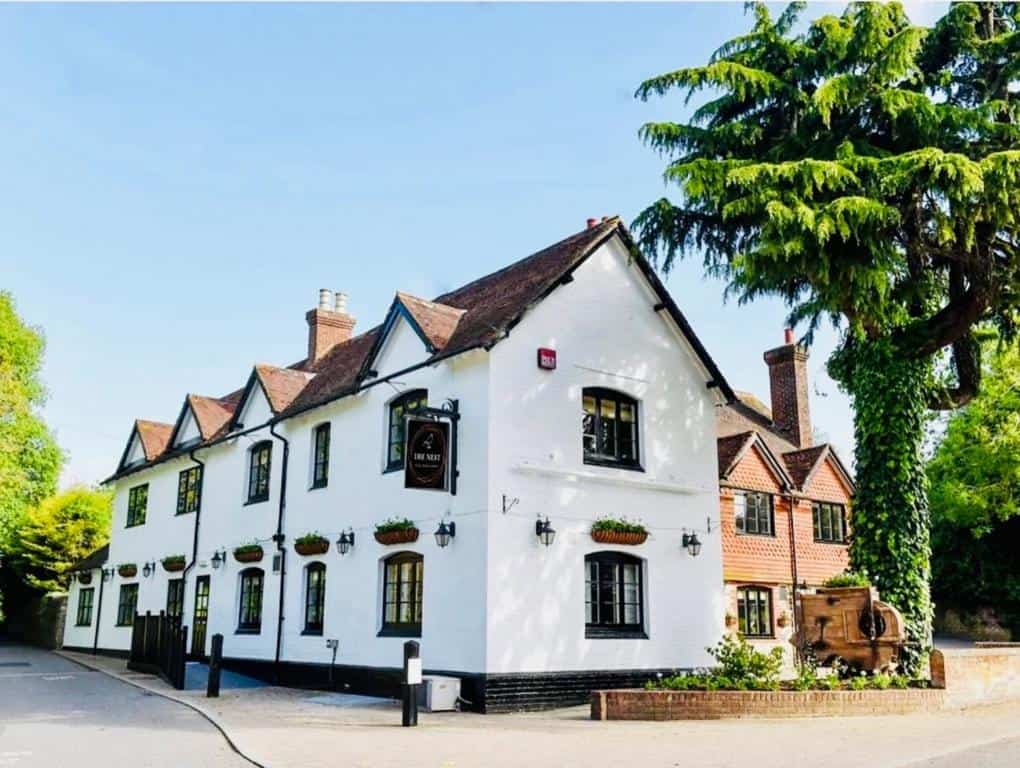 A popular boutique hotel and restaurant in Hampshire that was forced to close during the Covid-19 pandemic has reopened its doors to guests following a complete refurbishment by its new owners.

The Nest Hotel and Restaurant, which dates back to the late 19th Century, is a 14-bedroom hotel and restaurant in the village of Buriton near Petersfield.

The venue, previously known as The Village Inn, had to close its doors at the start of the UK’s first national lockdown in 2020 and was put up for sale by its previous owners. But with the support of a six-figure funding package from Lloyds Bank, it has now been bought and extensively refurbished by the family, with further future improvements to be carried out.

The Bird family has used the loan to fully refresh the property’s interior, whilst retaining many of the building’s original features. The new owners have also responded to customer demand and committed to sell a wide range of regionally sourced produce, including ice-cream made by nearby farms, as well as local ales, gins, and other drinks, including South Downs mineral water.

Shane Bird, owner of The Nest Hotel and Restaurant, said: “Our family grew up near Buriton. So, when we saw that the hotel was up for sale, we knew this was a great opportunity to restore the building to its former glory and make it a truly family-run venue with outstanding levels of service, food, and accommodation.

“The hotel is in a spectacular location, appealing to both locals and the many visitors that come to the area to enjoy the dramatic scenery and landscape of the South Downs. The support we’ve received from the team at Lloyds Bank so far has been invaluable and we look forward to continuing working alongside them in the future.”

READ MORE: Best restaurants for a business lunch in the Thames Valley

Steve Sadler, Relationship Director, Lloyds Bank, said: “The UK’s hospitality industry has enjoyed a strong resurgence since the pandemic and the Bird family have seized the opportunity to take ownership of the Nest, make it their own, and give the Hotel a whole new lease of life for the good of their customers.

“We’re pleased to support family-owned businesses like this and will continue to champion their growth journey as part of our commitment to help Britain prosper.”

The Nest Hotel and Restaurant has been renamed to reflect its new ownership by the Bird family. The venue’s bedrooms are all named after birds, ranging from the smallest Wren to the much larger and plusher Barn Owl family suite.