The expansion of Heathrow airport will open up valuable opportunities for local businesses with regards to commercial property development – enabling businesses near the airport to plan for the future with confidence, following the uncertainty that Brexit left behind.

Matt Clarke, partner at Vail Williams’ Heathrow office, explained: “One of the key outcomes of the announcement for the commercial property market is that a decision has been finally made, which opens the way for businesses to make plans and go forward.

“The commercial property implications of such a huge, national project range from land values and business rates, to infrastructure and development. But these are big opportunities too which can be very profitable with the right approach.

“The creation and expansion of a Hub airport at Heathrow will link us to our trade partners worldwide and provide new business openings and development opportunities that are available, driven by the local need for more offices and warehousing that will feed into the wider region. 40,000 new jobs will also be created following the expansion, which is huge relief for the region following the ambiguity around Brexit and its implications with regards to employment.

“In terms of air freight, Heathrow carries more freight exports and imports by value than every other UK airport combined – the expansion of Heathrow will allow the UK to open new markets as it’ll have more capacity for long-haul routes to emerging economies allowing businesses to tap into lucrative, expanding markets worldwide.

“Not only this but the infrastructure advances brought by Heathrow’s expansion will deal with the increase in activity and visitors; improving traffic and rail access and adding power to the area’s economic capacity.

“Current investments in transport links such as Crossrail, Western Rail Link and HS2 via Old Oak Common, link Heathrow seamlessly to the Thames Valley and all points west, delivering more convenient journeys for residents, commuters, business and will benefit the whole UK economy.”

David Sleath, SEGRO’s CEO, also welcomed the decision saying it gives businesses confidence that the new Government is serious about infrastructure delivery, and maintaining Britain’s position as a global trader.

He said: "As a company, we have been clear from the outset that for Britain to succeed in the global economy, we need more capacity at a hub airport, and Heathrow is the right solution.  What’s more, 84% of our customers support this decision.  Air cargo accounts for 40% of Britain’s exports by value, and more goods leave Britain via Heathrow than from all other UK airports combined.  Giving the go ahead for a third runway would provide a shot in the arm for the many established businesses and SMEs across the UK that rely on access to international trade markets.

“Expansion at Heathrow will allow Britain’s businesses to connect with emerging markets and create new opportunities, demonstrating that Britain really is open for business.  We urge the country to come together and do what is right for the nation as a whole, which is to support the delivery of a third runway at Heathrow.”

James Silver, development director at Landid, commented: "With significant investments in Reading, Slough, Uxbridge and Hammersmith, we are delighted to hear that Heathrow will gain a new runway. The Western Corridor is one of the most uniquely connected regions of the country – with Heathrow, the Western Rail Link and the forthcoming Elizabeth Line – and this decision reinforces that as a priority.

"Large infrastructure additions and improvements almost always lead to a demand for more amenities and vibrant redevelopment in nearby areas, which often mean greater access and opportunities for growing companies in the region, and those attracted by its many benefits. Among the new runway’s greatest effects, experts estimate £211 billion in economic benefits that could be pumped into the UK thanks to increased travel, tourism and jobs." 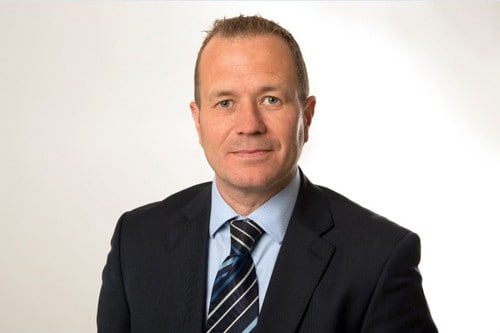