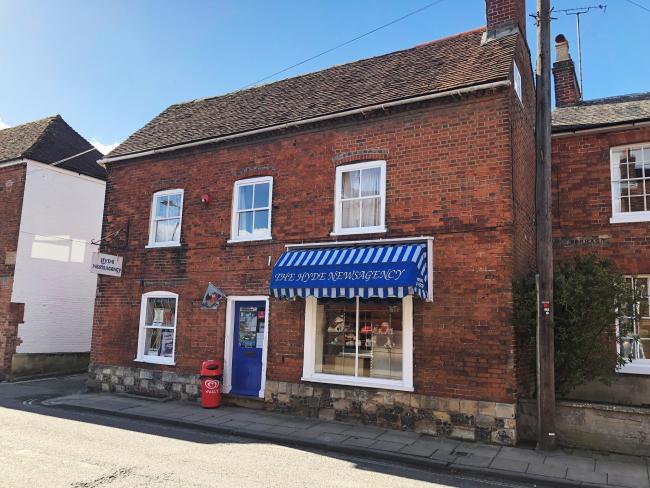 A Winchester newsagents has received permission to be converted into flats.

The unit, which has hosted a shop since 1894, was vacated by the most recent tenants in November.

The county council accepted the plans to change the designation of 34 Hyde Street from mixed-use to C3 (all residential). The plans also include a rear extension, internal alterations and an enclosure and gate along the south boundary wall.

The property has already been extensively renovated but until now works have maintained the original shopfront.

The planning application was submitted to the city council by the director of 34 Hyde Street Limited, Guy Macklin.

When the closure of the newsagents was announced back in November last year, residents reacted with dismay.

The son of the former owner, Norman Roberts, said: “What a shame, for 20 years my dad with his partner made it work and a thriving business. Only a couple of years ago did they both retire after putting heart, soul and many long days into it.

“Sure there are many factors contributing to its closure. Whatever the reason a real shame and another local business in a long line to close in Winchester.”

A shop was first opened at the property in 1894. It was then acquired by Edith Best in 1825, being managed by her son Leonard, who in turn passed on management to his son Eric.

The shop closed temporarily during the second world war, before reopening as a newsagents upon cessation of hostilities. It remained trading largely from then until 2021, closed for a year during the pandemic to help social distancing.