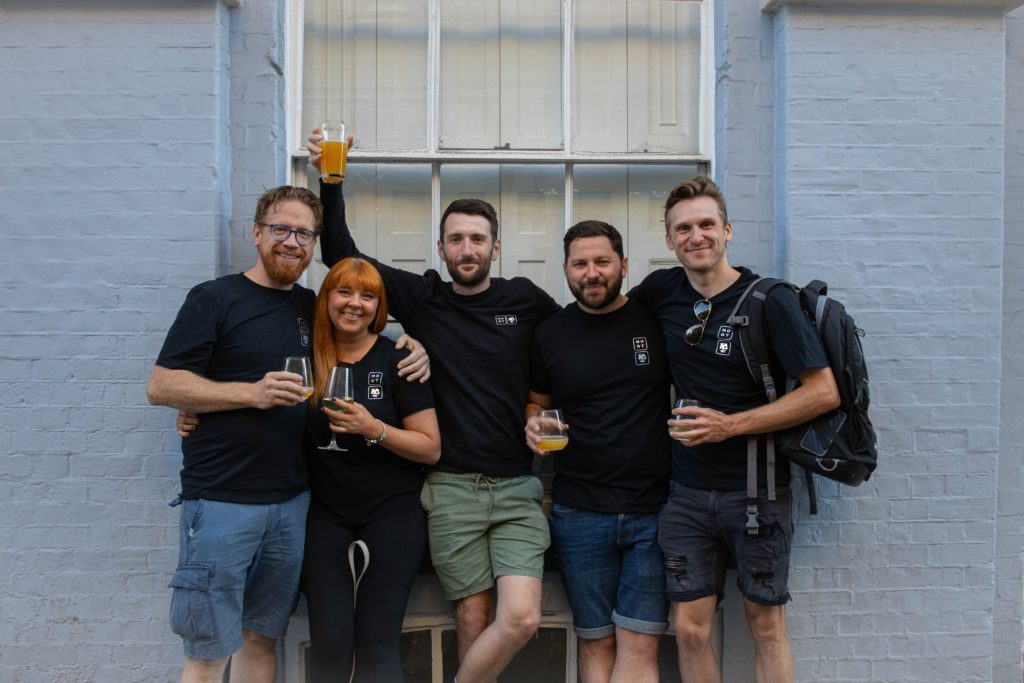 Microbrewery Moot Brew Co have been granted a licence to open a tap room alongside their future brewery site in Upper Halling.

The company are currently cuckoo brewing (using the equipment of a larger brewery) at the London Beer Lab in Brixton. Moving to their own site will allow them to significantly increase output, widen their distribution, and host events.

At the start of this year they applied for (and were granted) planning permission to develop their own premises in an unused barn at Court Farm in Pilgrims Road. The farm already hosts a bakery, butchers and farm shop.

Although the site has had planning permission for a brewery since 2007, further adjustments were needed to suit Moot Brew Co. To maximise the potential of the site, the firm applied for a premises licence which will allow them to open a taproom.

In a conversation with The Business Magazine, company director Patrick Smith said: "With a brewery, without a taproom it's extremely difficult to make money at our scale, so the taproom was a necessity really".

The terms of the license allow Moot Brew Co to sell alcohol for consumption on and off the site between 8am - 6pm Monday to Saturday, and 10am - 6pm on Sundays and bank holidays. Although the firm does not intend to be open for all of these hours, it gives them the freedom to host events throughout the week.

They have some interesting plans for these events. For one, they hope to move the brewing school that head brewer Calvin has been involved in since 2016 to the new location. As part of this beer-lovers and homebrewers will be able to come to the brewery, learn the process and try it out for themselves, with the option to create their own concoctions.

Patrick said "People can come in, they can brew their own beer or tell us what kind of beer they want to make, then we make it with them and they can come back in a couple of weeks time and take home bottles of beer they have made.

"It gives them a nice first step into this world, so they can ask 'Is this for me?' because it is quite an intense process, and takes quite a long time. Even if you're home brewing, it's going to take you a whole day. There's so many intricacies, such as cleaning, which you don't really pick up from books."

Despite an objection to the plans based on increased traffic, the licence was agreed by Medway Council. Patrick, who lives in the village himself, said that he understood the concern but the area is already becoming busier regardless of the farm.

"Unfortunately, that is just the way that the Medway Valley is going. It's not something you can really control by stopping a small business like ours.

"We were confident that we weren't going to have any meaningful impact on the overall traffic levels and the council and the premises licence board agreed with us, so we're pretty happy with it."

Having been granted the planning permission and premises licence, the company will begin development over the summer, and are hoping to open before the end of the summer.