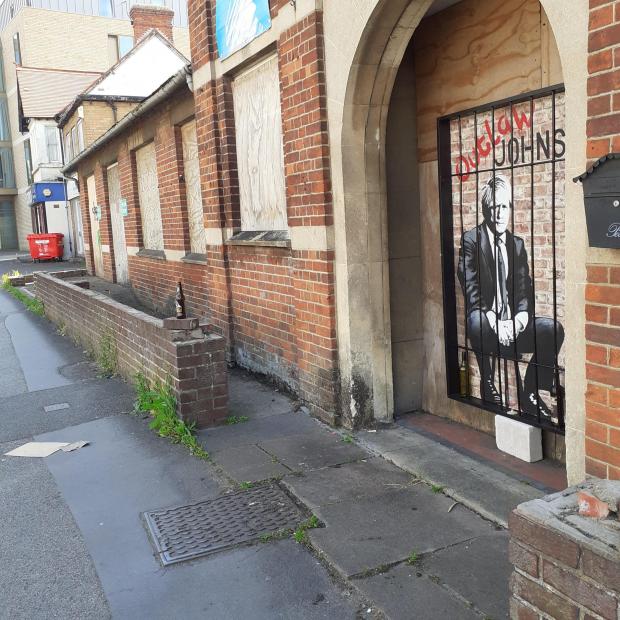 Speculation is rife in Oxford that the town has a new Banksy artwork.

The mural, which closely fits the style and subject matter of the mysterious artist, has appeared on a doorway in the city.

The painting depicts Prime Minister Boris Johnson behind bars and under the words 'Outlaw Johnson.'

The mural adorns the door of the now derelict Conservative Club on Oxford's Between Towns Road, Cowley.