VSL & Partners has been recognised once again by The Estates Gazette online service EGi in its annual competition for the country’s Most Active Agent.

The Estates Gazette EGi assessment team gathered information regarding deals transacted in the past 12 months, covering all sectors of the market including industrial, office, retail and leisure, and awarded VSL & Partners Oxfordshire’s Most Active Agent accolade.

The firm’s director, Richard Venables, also won EGi’s Deal Maker of the Year for 2014 for the most transactions undertaken.

VSL & Partners was formed 11 years ago by five leading chartered surveyors who act for many of Oxfordshire’s leading business parks including Oxford Business Park, Oxford Industrial Park and Abingdon Business Park alongside leading developers, investors and local businesses. The firm has won the Most Active Agent accolade every year since 2009.

Venables commented: “We completed a total of 70 transactions between 2013 and 2014 equating to 583,000 sq ft of office and industrial premises. We were also awarded the Most Active Agent for Oxfordshire for the fifth time, so it’s great to see our results receive such prestigious external recognition.” 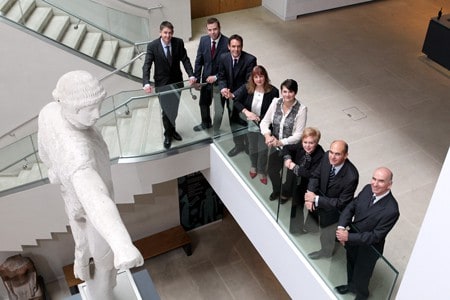 Boyes Turner: Policy changes and tax changes can help but the pressure on costs is relentless

The South Coast Commercial Property Show is coming to Southampton