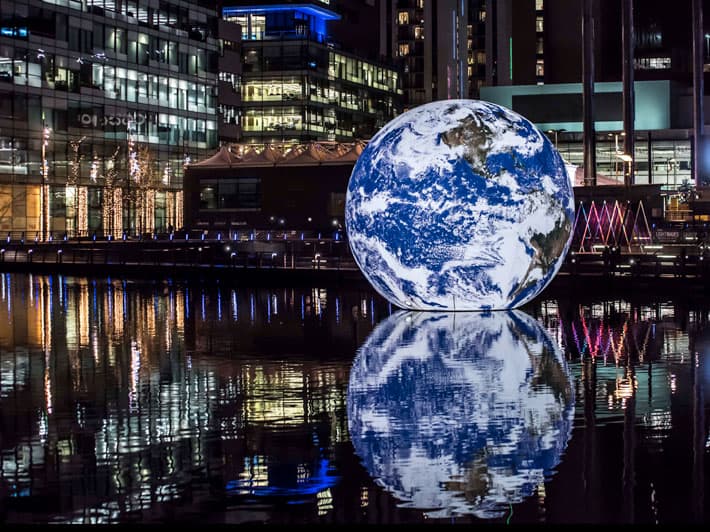 The Oxford Art Festival has welcomed the artwork Gaia to the Church of St Mary the Virgin on Oxford High Street.

Artist Luke Jerram has created the work in order to inspire a sense of awe and empathy known as the Overview Effect.

The term Overview Effect was first coined by author and self professed space philosopher, Frank White in his 1987 work of the same name.

Common features of the effect experienced by astronauts when they view their home panet from space include a feeling of awe for the planet, and a renewed sense of responsibility for taking care of the environment.

The artist used detailed NASA images to create the sphere to a scale of 1cm to 21km. The sphere is 2.1million times smaller than the Earth on a scale of 1:2100000

In Greek Mythology, Gaia is the personification of the Earth.

The artwork will be on display at Oxford Festival of the Arts, until 10 July. It will then move to Lancaster Priory, UK, 25 June – 17 July and Hartlepool Waterfront Festival, UK, 4 – 10 July.