As the ceremonial spade breaks the ground for the £21 million Village Hotel, next to the Porsche Centre at Lakeside North Harbour Portsmouth, the celebration begins on heralding the much-needed quality hotel for the area; due for completion in Autumn 2017.

The scheme represents the debut of the new Village Hotel concept, as designed by 3DReid, which delivers an evolution of the current Village Hotel Club offer on a more compact footprint; providing potential for the company to expand into more central urban areas, where sites are, generally, smaller in size. 3DReid is also the interior designer on this project.

Iain Stackhouse of Village Hotels said: “We knew there was a real need for more hotel space in the city and, prior to applying for planning, spoke to many businesses and organisations who believed a lack of hotel provision was holding back the city’s economic development.

“We were delighted when our planning was approved to provide not only a much-needed service for visitors, but also offer an important facility for people who live and work locally.”

Nick Turner, director of asset management at Northwood Regional UK, agreed: “The addition of a quality hotel to the already outstanding offer at Lakeside North Harbour – including the well-established Building 1000 with its 100+ businesses and the recent investment of nearly £10m in the refurbishment of Building 2000 and 3000 - is without doubt a huge asset. The Village Hotel will offer the style of accommodation that businesses in the area have been wanting for a very long time; and so we are delighted that the hotel is under construction.”

Roger Forsdyke, managing director of Willmott Dixon, said: “We are thrilled to be working with Village Hotel Club/Lakeside Development on this new and exciting project.  We have undertaken work in the Solent area over a number of years in both the education and leisure sectors, and this project will prove to be another great asset to the area.

“The entire project team at Village is truly a joy to work with and Willmott Dixon Construction and WD-interiors are currently working with Village on six projects with a pipeline established to form a genuine partnering relationship.” 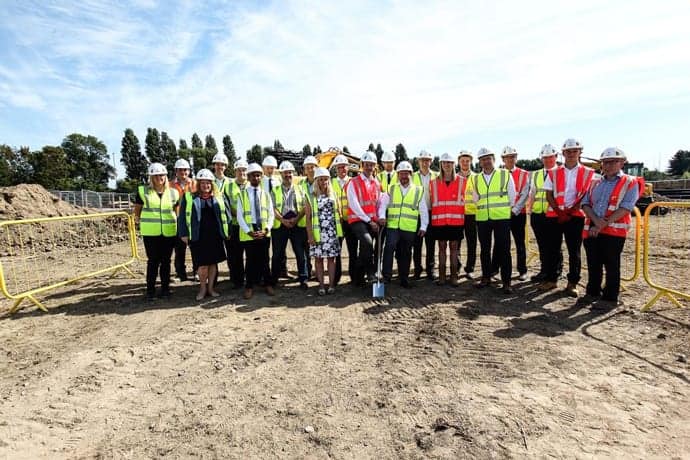 The ceremonial spade breaks the ground for the new Village Hotel