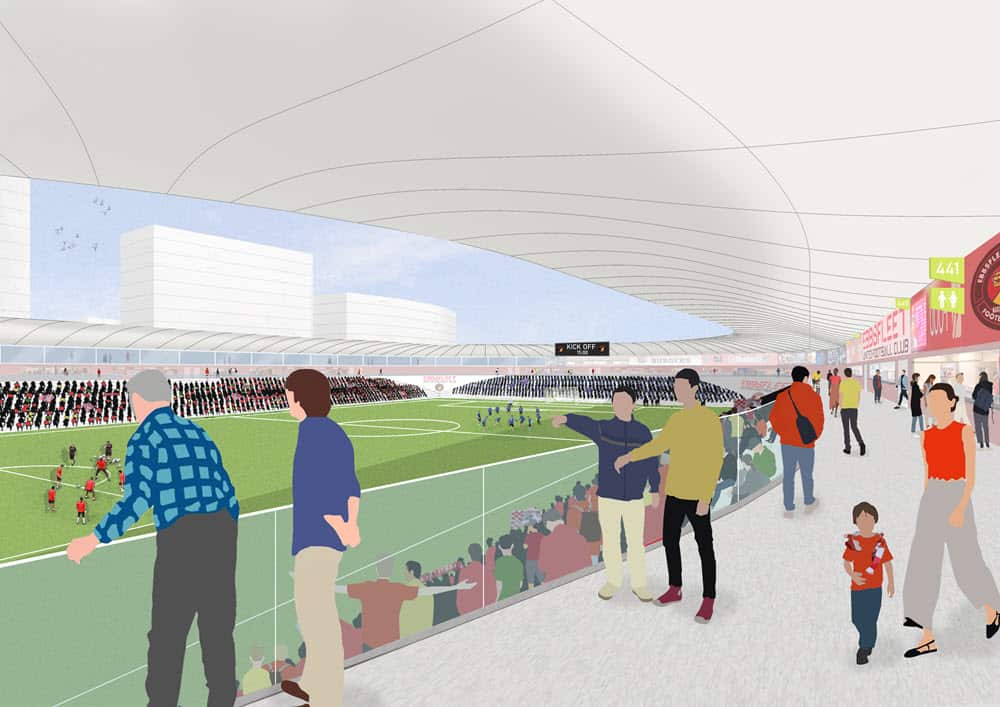 Property developers, Landmarque Property in partnership with Ebbsfleet United, are to submit planning permission for a mammoth waterfront development close to Northfleet Harbour.

Developers believe the plans, which they state have the new stadium at their heart, will create a thriving community and 3000 new jobs.

Plans include an 8000-seat stadium for Ebbsfleet, a 200-bed hotel, 3,500 homes, associated children’s play areas and 180,000 square foot of office space to include incubator spaces for start-ups. A retail centre, consisting of 225,000 sq ft of shops, restaurants, bars and cafes, is also included as part of the plans.

A series of public/community consultations will be held prior to any planning submission to Gravesham Borough Council.

National League South outfit Ebbsfleet United seek a switch from the Kuflink Stadium to a purpose-built facility. To do so they will partner with property developers to transform the Stonebridge Road industrial area into a thriving community.

Their chosen partners for the development Irish firm, Landmarque Property, are eager to proceed the plans for what has been named, Northfleet Harbourside.

Mr Irvine said: “It will allow us to really create a destination here for visitors but also for locals for employment and to open up the Harbour which is a great historic part of Northfleet.”