Property tax specialists in Southampton have called for more details about ‘disappointingly vague’ proposals for a shake-up of planning infrastructure charges. 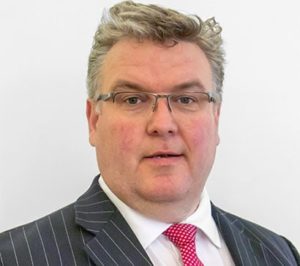 E3 Consulting has welcomed the reforms outlined in the Government’s landmark Planning Bill but has warned against introducing a one-size-fits-all system.

These ‘taxes’ are applied by local planning authorities across England and Wales to fund vital infrastructure for their communities but look set to be dismantled or merged to create the new levy.

Alun Oliver FRICS, who is managing director of Ocean Village-based E3 Consulting, said: “Modernisation of the whole planning system is long overdue. The reforms in the Queen’s Speech were very welcome but details about the new Infrastructure Levy were disappointingly vague, despite last summer’s white paper. We need more information and robust consultation as soon as possible so the industry can ensure the changes don’t become a missed opportunity.”

Oliver added: “Exemptions for certain types of developments need to be retained and extended in some cases. Meanwhile, a uniform rate across the whole spectrum of development nationwide could prove to be unworkable, unfair and, in some cases, damaging.

“Flexibility for local planning authorities to adjust the levy depending on their area’s circumstances needs to be taken into account along with distinctions between residential and commercial developments. Greater transparency and simplification in the planning process can help unlock development potential and act as a catalyst for economic regeneration but only if it’s not at the expense of those it is designed to help.”

The infrastructure charge reforms were included in a government White Paper and then confirmed in the Queen’s Speech for the Planning Bill, which is expected to be brought before Parliament in the Autumn.

Other proposals in the Planning Bill included zoning of development land, reducing the time it takes for developments to pass through the planning system and simplification of the framework for environmental assessments.