A £250 million fast-track homebuilding programme on Salisbury Plain which will create more than 900 new homes for troops and their families has marked a key construction milestone.

Partnership homes developer Lovell is now installing the timber frames of the first homes to be built for Service families relocating from Germany to South Wiltshire as part of the Army Basing Programme (ABP).

Working to a handover rate of 20 homes a week – far exceeding the typical industry delivery figure of one to two homes a week - the high-volume project will create 917 homes in Bulford, Larkhill and Ludgershall, with construction work now well under way at all three locations.

Lieutenant general Nick Pope, deputy chief of the general staff, and John Leary, Lovell major projects director, unveiled a commemorative plaque at the Bulford site, where progress on the new homes is most advanced, watched by representatives of the Army Basing Programme, Defence Infrastructure Organisation (DIO) and Lovell. Lovell is building 225 new homes at Bulford with roads and sewers substantially progressed, a third of foundations already laid and work now beginning on the timber frame installations.

Pope said: “The new homes that Lovell are providing on behalf of the Army Basing Programme is testament to the Army’s commitment to invest in our estate providing 21st century living and working facilities for our soldiers and their families.”

Mark Duddy, ABP programme director, said: “I am really impressed with the speed of delivery and the amount of progress that has been made since the contract was signed in November; we remain firmly on track to deliver the required new homes to enable the units to return from Germany in 2019. This project is an excellent example of how we are updating the estate by providing first-class living accommodation for our Service personnel.”

The Salisbury Plain homes are being built using a traditional, timber-frame solution with Lovell working collaboratively with the DIO and a team of specially-selected subcontractors and suppliers to meet the project’s demanding schedule. Lovell believes the programme will achieve faster construction times than any other UK low-rise homes scheme, with the exception of the previous project delivered by the company for the Ministry of Defence at Stafford when it completed 346 homes in just over a year for returning soldiers and their families. 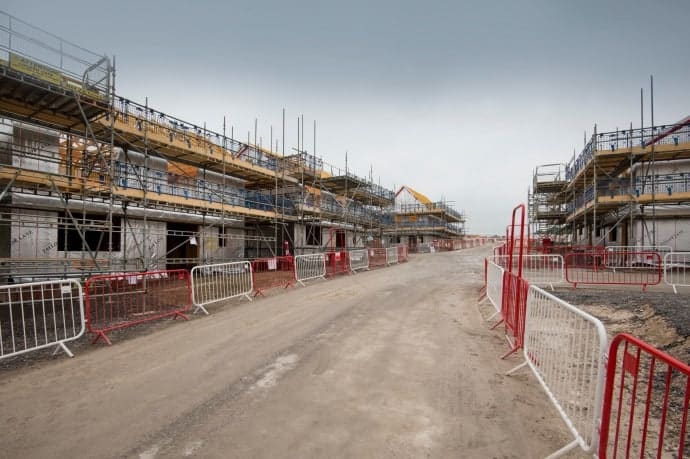