CBRE’s latest office research shows office take-up across Southampton was the highest in over 10 years for the first quarter of the year. 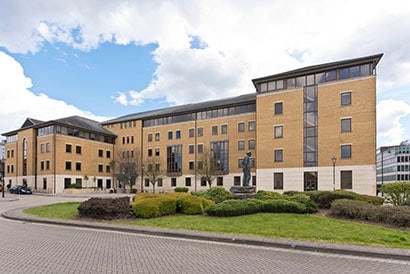 Take up in the city was 58,650 sq ft, the strongest Q1 on record and an increase of 100% on the 10-year Q1 average. The largest transaction saw the Department for Work and Pensions take almost 24,000 sq ft at Frobisher House at Nelson Gate. Mott MacDonald acquired 11,850 sq ft at Mountbatten House, Grosvenor Square, one of Southampton’s most prestigious landmark offices. Other deals included Cambridge Education Group acquiring Imperial House and the VOA which also secured space within Mountbatten House.

Across the South Coast there were several other significant office transactions. These included The Department of Work and Pensions which took 24,000 sq ft at Tringham House in Bournemouth at a headline rent of £23 per sq ft and Arena Business Centres acquired Grosvenor House on Basing View which it plans to redevelop into 56,000 sq ft of flexible space.

Commenting on the research, Emma Lockey, director of CBRE Southampton said: “After facing some of the biggest challenges during 2020, Southampton has seen the strongest first quarter in office take-up terms for almost a decade. As with a number of other UK cities, government departments have led the way, leasing over 50,000 sq ft across the South Coast. Grade A space is continuing to drive demand and this is a trend we expect to see continue.

“Office availability in Southampton still remains at relatively low levels, currently sitting at 7.7%. All of this is second-hand space, but we are anticipating some new Grade A to become available later in 2021.”