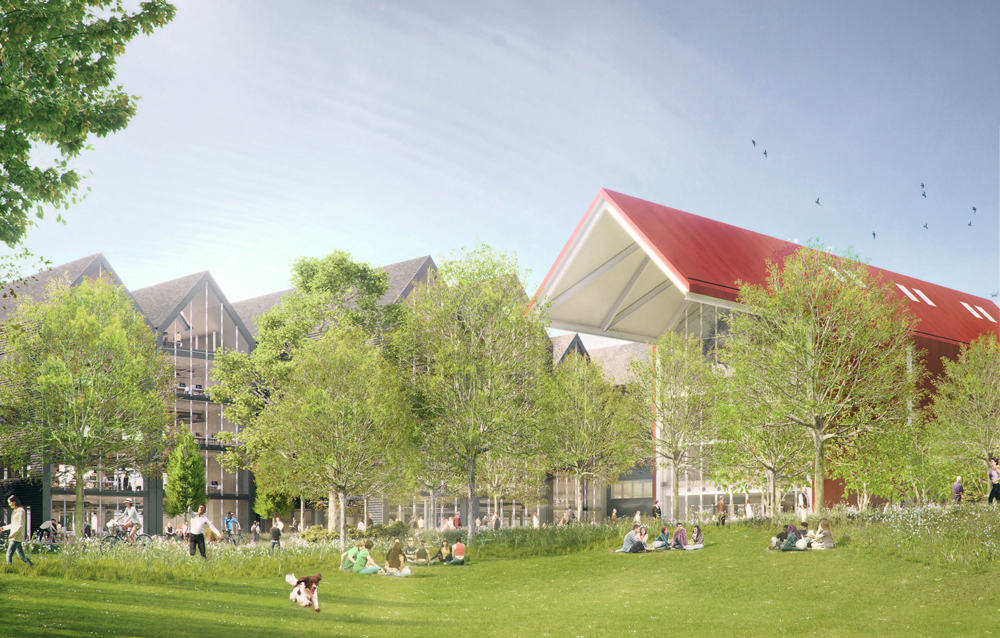 Oxford North has been nearly 10 years in the making, its early draft stages dating back to 2015. Oxford North will be a new global life sciences district for Oxford, with sustainability at its heart, providing 4,500 new jobs, 480 new housing for circa 1,500 people, of which 35%, the equivalent of 168, will be affordable homes, small shops, bars and restaurants, hotel, circa 23 acres of open spaces including three new parks, and significant investment into the walking, cycling, bus and highway networks. Oxford North will contribute circa £150 million per year added in GVA to the economy.

TWO has appointed Hill Group, a leading housebuilder active across the South East and London. as contractor to deliver the £15 million phase 1 enabling works contract.

The works will include earthworks, sustainable drainage ponds, landscaping and related initial infrastructure required for the new link road construction between the A40 and A44 for the first phase of development in Central.

Thomas White Oxford director William Donger said: "We have the green light to start works which is a significant milestone for Oxford North. These enabling works lay the ground so that future development parcels will be able to come forward without further significant earthworks being required. To have Hill Group contracted for both the phase 1 infrastructure and new homes on Canalside is positive delivery news for the project.

Andy Hill, Chief Executive, Hill Group, said: "This is a significant project for Oxford and will serve to create a new community for the City while generating many employment opportunities."

Thomas White Oxford is is leading the masterplan for Oxford North and is supported by a professional team of architects, landscape architects, environmental, transport and planning consultants.

Thomas White Oxford is providing up to £100 million of substantial investment into power, utilities, and public space, in addition to the infrastructure improvements to the A40 and A44 alongside public funding support.

The development and wider public will benefit from £18.4 million of additional grant funding to help deliver local infrastructure improvements, including £10 million from Oxford City Council’s Homes England Housing Infrastructure (Marginal Viability Funding) (HIF) application. With the support of Oxford City Council, and Oxfordshire County Council as highways authority, and OxLEP, this collaboration has been recognised by £8.4 million-worth of investment that was secured by OxLEP from the government’s Local Growth Fund.