RoyaleLife, the UK’s leading bungalow provider, has appointed Ian Nicholson as group chief financial officer. He picks up the baton from Jason Williams, who moves across to chief operating officer. 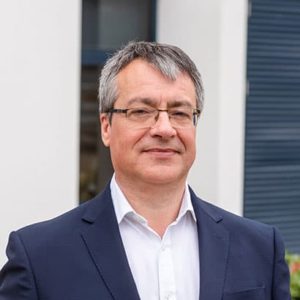 With more than 30 years’ experience in senior management and a proven track record of financial leadership, Nicholson will lead RoyaleLife’s financial strategy and approach to funders as the organisation enters an important period of growth.

Born in Scunthorpe to a working-class family and graduating with an honours degree in economics from Cambridge, Nicholson started his career with KPMG in corporate audit before moving to Kingston University as a finance accountant where he managed funding requirements for its growing property portfolio.

Career highlights include a five-year spell at Toyota followed where, as a business consultant, he introduced financial efficiencies across the dealer network before being part of the team which delivered the separation of the luxury Lexus brand from the Toyota network.

After working as group finance director for a private motor group with dealerships in London and Kent, Nicholson moved to Ferrari as FD to set up the Italian supercar’s UK subsidiary, Ferrari GB. Latterly, he was an operations director responsible for customer service and the performance of the Ferrari franchise.

Of his new role, Nicholson said: “The opportunity for RoyaleLIfe commercially is outstanding as it continues to redefine bungalow living in the UK. While I have extensive experience in financial management, this represents an exciting, new challenge for me. 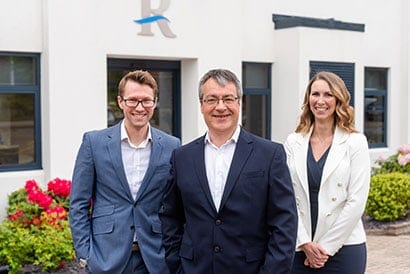 “I’m thrilled to be joining the group at the crucial time in its development and I’m particularly looking forward to working alongside my colleagues and the group’s finance directors Cherelle Ball and James Harris.”

Nicholson added: “Over the past 12 months more than 11 people have joined the finance department which represents an increase of 79% taking the complement up to 25. Against the backdrop of the pandemic this is quite phenomenal and underlines RoyaleLife’s commitment to supporting the growth of the business."

Robert Bull, RoyaleLife’s CEO, said: “Ian brings extensive experience to the role of CFO and is a welcome addition to the senior management team. His knowledge of funding and managing sustainable growth will prove invaluable as we continue to develop the business while focusing on delivering great service to our customers.”

Married with three children, 55-year-old Nicholson lives in Surrey and lists being a supporter of his home town side Scunthorpe United as one of his passions as well as coaching his 12-year-old son’s football team.

I didn’t know I needed you…

Jo Jackson, SEGRO: Land remains in strong demand across the Thames Valley with a number of sites going for data centre use

Why ESG lies at the heart of urban regeneration