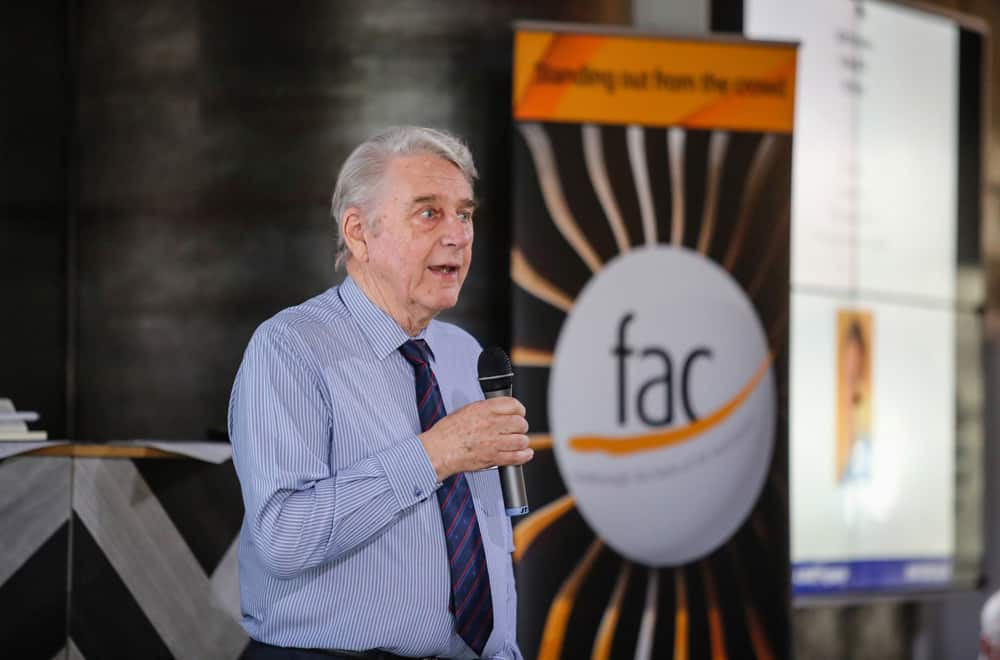 David Barnes OBE (pictured) is to step down after nearly 16 years as Chief Executive Officer of the Farnborough Aerospace Consortium. Barnes brought a significant amount of experience to the consortium after a long and varied career in the RAF and in business. After retiring as a Group Captain in the RAF, he joined US manufacturing giant ITT before becoming a director of Plessey then an MD with Siemens, BAE Systems and Thales.

He has also been president of the Royal Institute of Navigation and the UK’s Unmanned Aerial Vehicle Systems Association – his OBE was for work in electronic warfare.

Barnes will be replaced at the end of the year by Alan Fisher, who has been working with FAC as a supply chain consultant.

Having held senior positions with a number of Tier 1 companies including Ultra Electronics and Raytheon Technologies, Fisher is widely known throughout the aerospace sector. He has sat on the board of MEP, a £4 million SME, as well as being international sales director at ADS – the UK national trade association. Fisher has also been an aerospace sector specialist with the Department for International Trade (DIT), providing expert international investment and trade advice. Furthermore, he has supported the aerospace team of the Department for Business, Energy, and Industrial Strategy (BEIS).

About the Farnborough Aerospace Consortium

Farnborough Aerospace Consortium (FAC) is one of the longest established aerospace and defence trade associations in the UK. It has circa 200 members nationally and internationally to serve its membership in the South and South East of England, the heart of UK aerospace.

The FAC acts as an enabler for business between large primes and the supply chain – especially SMEs. Its chairman is Sir Donald Spiers.

Offer: Need to brush up your awards entry? Introducing our Check & Send service