Harwin has announced that it is an official sponsor of Great Britain’s bobsleigh team. The team is currently preparing to compete in the 2022 Winter Olympic Games, due to be held in Beijing next February.

Support from Portsmouth-headquartered Harwin, a manufacturer of connectors and printed circuit board hardware, enables the bobsleigh team to maximise its training and testing.

“Harwin’s philosophy has always been about finding pioneering ways to set new benchmarks and striving to accomplish more. The technology that we develop has to perform under the most challenging of circumstance and cope with the most extreme conditions, and we definitely recognise these traits in what the GB bobsleigh team are currently doing,” said Ben Green, head of marketing communications at Harwin. “All of us here at Harwin wish them every success.”

Lamin Deen, pilot of the GB bobsleigh team, said: “With direct financial backing for bobsleigh from UK Sport coming to an end after the PyeongChang Games, we’ve needed to find funding from alternative sources. Harwin’s involvement in this venture is greatly appreciated. It will enable us to get the most out of our training and testing programmes during the months ahead and, hopefully, help to give us an edge when we compete in Beijing 2022.” 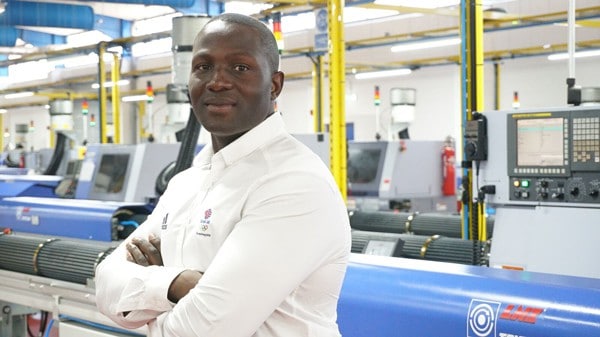 The sled used by the GB bobsleigh team isn’t suitable for winning medals and the team is trying to raise funds to purchase a new sled at a cost of around £110,000. The sled would need to showcase the latest innovations in aerodynamics and material science as it will reach speeds of over 90mph when it travels down the winding 1.2-mile-long track at Xiaohaituo, just outside Beijing.

As competing sleds must be a maximum of 630kg with the four-man crew on board, it needs to be lightweight yet strong enough to deal with the G forces involved. These can reach 6G when negotiating some of the sharp bends – almost double the G force that astronauts are subjected to during rocket launches. 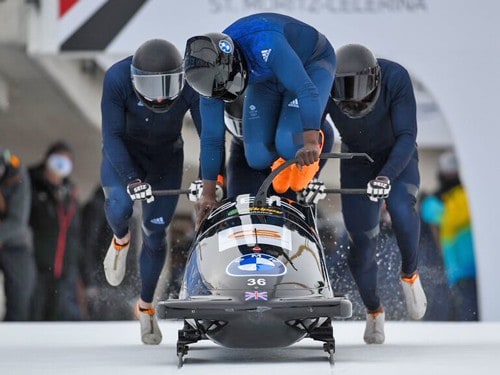 Deen leads the team and is already a double Olympian, having previously competed at both the Sochi 2014 and PyeongChang 2018 Winter Games. His career highlights include 5th place in the 2015 World Championships and a silver medal in the 2017 World Cup, an event where he broke the track record with a top speed of 97 mph.

Currently an active serviceman with the Grenadier Guards, Deen has represented the Army in a variety of sports including boxing, basketball and athletics. He is joined by experienced brakeman Ben Simons, plus world-class runners Joel Fearon and James Fearon, who have both clocked sub-10s times in the 100m sprint. Former long jumper Greg Rutherford completes the line-up and brings gold-medal-winning experience from the London 2012 Olympics.