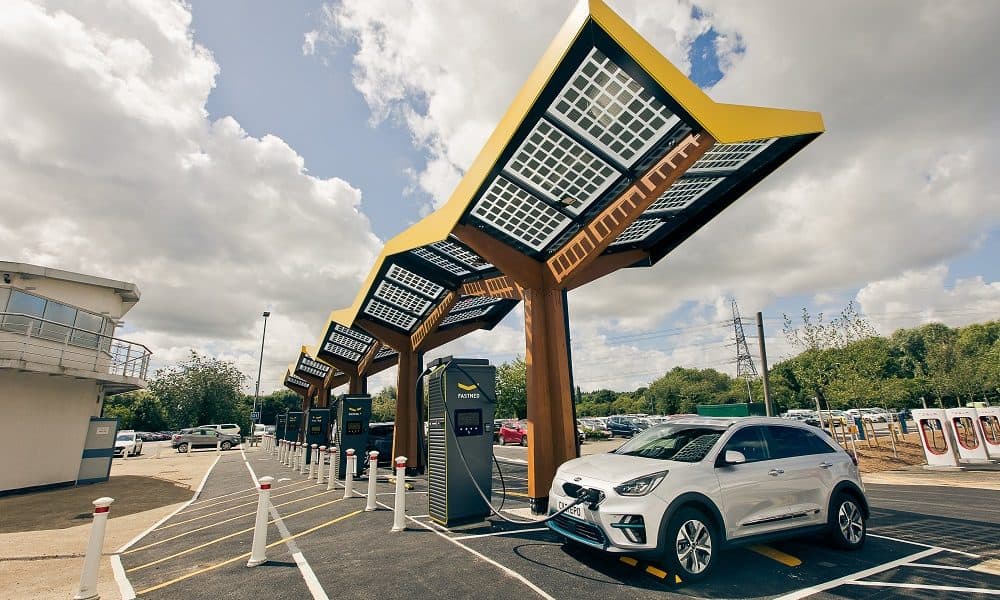 A £10 million electric vehicle charging hub with 42 charging points capable of recharging a car within 20 minutes has opened in Oxford.

Energy Superhub Oxford, the result of a partnership between EDF subsidiary Pivot Power, Oxford City Council, Fastned, Tesla Superchargers and Wenea, will be powered by renewable energy. The 10MW site capacity means it has the capability to scale up to 400 vehicles.

“Both the Government and industry, working together, are investing billions in projects like this to help provide the infrastructure to support the UK’s electric revolution and soaring EV sales.

“This in turn will help us decarbonise transport, create high-skilled jobs, and provide cleaner air across the UK.”

Oxford is one of up to 40 similar hubs planned by Pivot Power, which combine transmission-connected batteries and power infrastructure for EV charging to enable more renewables and accelerate the decarbonisation of transport.

The site is the only EV charging hub in the country to be connected to the National Grid’s high voltage transmission network, which will deliver 10MW of power without straining the local electricity network or requiring upgrades.

"Energy Superhub Oxford provides a vision of the future, today. By delivering a world-leading project that cuts emissions across transport, power and heat, we are breaking new ground to help the UK reach net zero sooner.”

Pivot Power plan to expand their network across Oxford, supporting Oxford’s 2040 net zero target by accelerating the decarbonisation of public and private transport, taxis and commercial fleets. A substation has already been installed at Oxford Bus Company’s Watlington Road depot, ready to support the company’s plans to introduce over 100 electric buses in the coming two years.

The scheme also compliments Oxford’s piloted Zero Emissions Zone, a scheme which applies fees to any non-electric vehicle driving through the central zone.

Councillor Imogen Thomas, Cabinet Member for Zero Carbon Oxford and Climate Justice, Oxford City Council, said: “Oxford has a history of being ambitious as we look to adopt new and exciting transport approaches in our city.

"Redbridge was the location of the country’s first full running Park & Ride in 1973, and now almost 50 years later, we are home to Europe’s most powerful electric vehicle charging hub. In order to achieve a Zero Carbon Oxford by 2040 we need to encourage uptake in electric vehicles, and drivers want to know that they can charge their vehicles quickly and efficiently.

"The completion of Energy Superhub Oxford is an exciting step for our city and the future of EV charging.”