Five aerospace companies rocketing to success in the South East 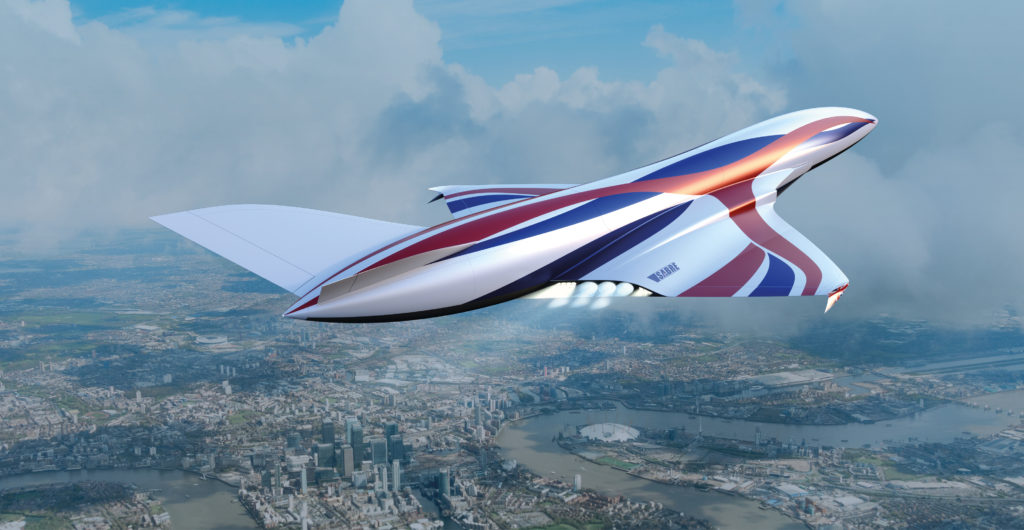 While space may have been boldly declared as the ‘final frontier’, the latest race out of the atmosphere between the world’s richest men demonstrates that this is very much the current frontier for big ideas and commercial possibilities.

The South East has long been a breeding ground for aerospace innovation, with international players BAE Systems headquartered in Guildford, Surrey meaning that many other offshoots, suppliers, and innovators have clustered in their orbit.

Education programmes, such as the Aerospace Engineering programmes at The University of Surrey and Kingston University have also provided a drip-feed of new talent ready to either join the region’s bigger companies or to pick up the baton and start their own.

Here are five aerospace companies operating from Thames Valley, Solent, Kent, Surrey, and Sussex which should be on your radar - due to their promise, originality, or their necessity in helping others reach new heights.

Although having a history that stretches back more than three decades, Reaction Engine’s message of ‘making greater space exploration possible’ sounds positively futuristic.

Founded by three ex-Rolls Royce propulsion engineers in 1989, the aerospace manufacturer has made a few key decisions in the last five years which have led to their continued place at the very forefront of space travel.

In 2015, Reaction Engines received an investment of £20.6 million from BAE Systems, which saw them take a 20% stake in the company and pointed them directly at developing their SABRE engine, a low-carbon air-breathing engine that can propel a rocket from zero to twenty-five times the speed of sound in order to access space.

Further funding investments have come from Rolls Royce, Boeing and The UK Government in the preceding years and the advancement of the SABRE engines continues at pace. Reaction Engines is also one of the leading companies in facilitating a reusable space rocket, known as the Skylon Orbiter.

The success of Daedalus airfield is a lesson in how the aerospace industry can transform a local economy while pursuing avenues off the planet too.

The formerly decommissioned airstrip was picked up by Fareham Borough Council in 2015 and rebranded as Solent Airport, with business parks and Fareham Innovation Centre being established in order to bring jobs and innovative ideas to the area.

While the pandemic has resulted in many business hubs feeling surplus to requirements as people adapted, Fareham Innovation Centre has seen its occupancy rise by 17% since May 2020.

One such company using the business hub to explore innovative ideas is Maverick Aviation, which is developing lightweight jetpacks which can be used to access inaccessible areas quickly and could be adopted by emergency responders, as well as those working on offshore oil facilities.

Maverick Aviation moved to Fareham Innovation Centre in early 2021, with Company Founder, Antony Quinn, commenting: “We are keen to move away from any parallels with sci-fi and superheroes because personal flight mobility is already a reality.”

Today, BAE Systems’ operations near Rochester Airport marks the most significant aerospace player in the region, but there are others too.

Larchfield Aerospace is the designer, producer, and installer of graphics and livery adorning aircraft, from the graphic marking the flush button in the toilet, to the exterior designs you see sailing through the air on commercial flights across the world.

Based in Tonbridge, the company has an international client list which has seen them wish luck to Team GB in The Invictus Games on the side of a British Airways plane, as well as recently marking the ‘year of Arabic calligraphy’ with Saudi airline Flynas.

Further proving that academic institutions have been a driving force in the region’s aerospace successes, Surrey Satellite Technology Limited (SSTL) was originally a spin-out from the University of Surrey.

The original founders, a group of university researchers, were inspired to act by the growing use of space technology by the world’s superpowers in the 1970s. The idea was to show that satellites could be built and successfully launched without specially designed parts but instead was possible with commercial off-the-shelf components.

The researcher’s first satellite, UoSAT-1, was launched in 1981 and orbited Earth for eight years – proving that commercial micro-satellites were a viable option. Surrey Satellite Technology Ltd launched as a commercial enterprise in 1985 and has launched more than 70 satellites in that time.

Having been acquired by Airbus for between £40m and £50m in 2009, the company may have moved on from its eager young university researchers - but the interest in innovation continues. In 2020, SSTL was contracted by the European Space Agency to produce a telecommunications satellite for missions to the moon. The product is set to begin its journey to space in 2024.

While some companies may shy away from the comparisons with works of science fiction, Neva Aerospace have no problem flirting with visions of the future.

The Brighton-based consortium set pulses racing at the Paris Air Show 2017 – announcing their concept for AirQuadOne, a personal flying car powered by four electric turbofans, which could be used for everything from law enforcement to recreational flying.

This ‘The Fifth Element’ style development may still be some way off, due to testing, development, and safety regulations yet to be written – but the Neva team is still pushing on with using their Electric Ducted Fan technology practically.

The ‘Wohler’ is a cargo-carrying drone that can carry a payload ranging from 5kg up to 50kg on a platform supported by their turbofans – with company videos showcasing its durability in both wind and other adverse weather conditions. If the drone becomes commercially viable and available to the general public and companies, it could change the delivery landscape forever.