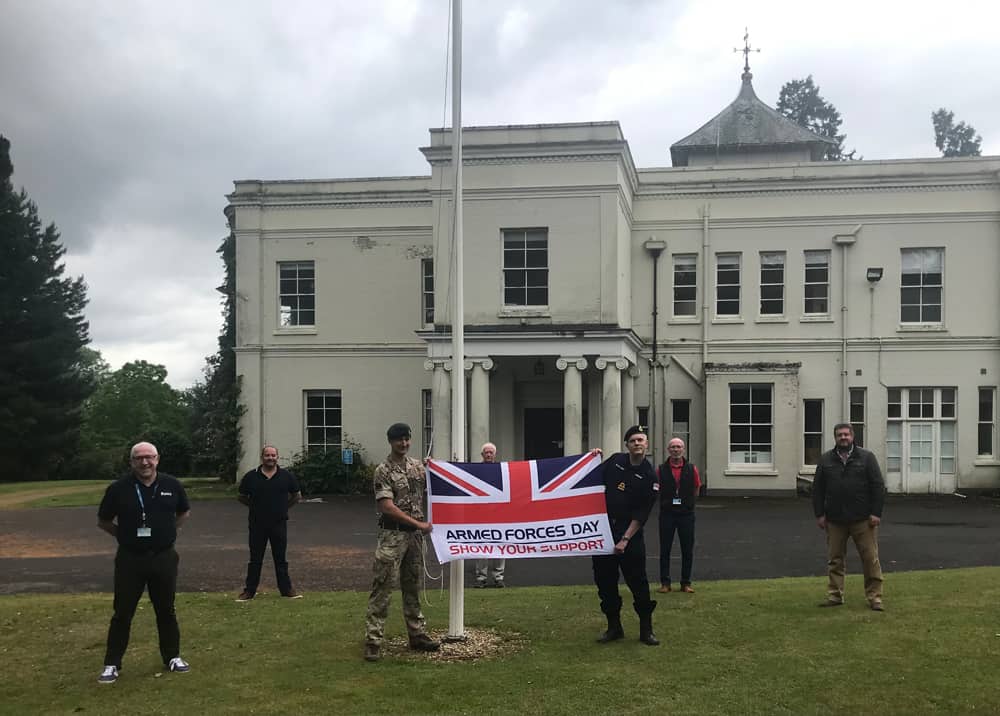 Hampshire-based science and engineering company Roke has received the Employer Recognition Scheme Silver Award from the Ministry of Defence for its support and continued commitment to the Armed Forces community in the South East region.

The award is the second highest badge of honour presented to organisations that demonstrate their support to the Armed Forces and inspire others to do the same.

Roke is one of 48 organisations to be awarded Silver this year in the South East region, including NHS trusts, educational institutions, charities, police services, fire and rescue services, councils and a range of private businesses. This year’s awardees brings the total number of Silver holders in the South East to 139.

As a silver award winner, Roke has shown it actively communicates and upholds a positive stance for employees who are veterans, reservists and Cadet Force Adult volunteers, as well as spouses and partners of those serving in the Armed Forces.

Roke signed the Armed Forces Covenant in 2017 and received a Bronze Award in 2018. The company has over 30 employees in its Armed Forces community, and they are supported through a number of policies and initiatives designed to make transition from service personnel to employee as smooth as possible:

Paul MacGregor, Managing Director of Roke, commented: "This award means a great deal to Roke and recognises the enormous contribution and commitment that our service men and women make in defence of our country. Their considerable leadership, management and engineering skills, honed during military service, strengthen our ability to understand our defence customers’ complex operational and technical challenges. These skills are vital to our future success."

Michael Walters, Operations Manager at Roke and military veteran said: "Like many, I found it a daunting prospect leaving the service after a long career in the British Army. At Roke, all employees have the option of joining our Roke Veterans Network. The RVN provides a safe landing space for veterans transitioning from the service where 'fitting in' comes naturally, and provides some respite from the stresses of adjusting to the civilian workplace. It is also a place where shared experience helps to drive the success of our business through an intimate understanding of our Defence and National Security customers."

Minister for Defence People and Veterans, Leo Docherty MP said:"I would like to thank all of the organisations who have proven their support for the Defence community during such unprecedented and challenging times."

"The vast range of those recognised this year demonstrates how employing the Armed Forces community makes a truly positive and beneficial impact for all employers, regardless of size, sector or location."

Based at Roke Manor near Romsey, Hampshire, Roke is a UK innovator in science and engineering. The company started over 60 years ago in defence, but as the decades have rolled on, it is also inventing and engineering technically advanced data and communication systems in national security and for Fortune 500 companies. It has a team of 600+ engineers with expertise in sensors, communications, cyber and AI.

Sci-Net in growth drive with acquisition, launch of premises and new hires