How Flylogix is leading the world in remote flights 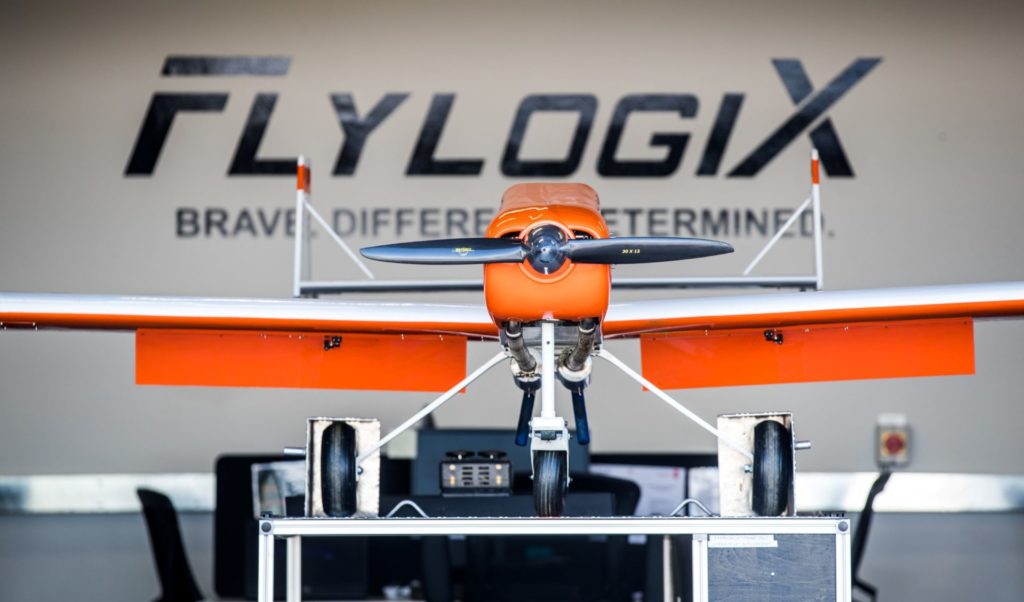 Remote aircrafts that carry out deliveries or other perilous tasks are always touted as technology that is just around the corner but one company based at the Fareham Innovation Centre  is not only talking the talk when it comes to operating commercial remote flights but walking the walk or more accurately flying the flights.

CEO Charles Tavner set up Flylogix after a career working in the energy, R&D and venture capital sectors and it is now one of the only companies in the world carrying out remote commercial flights with arms-length operators controlling aircraft.

Charles said: "We believe that unmanned aircraft will be a big component of the £100bn global aviation logistics business. It’s the next chapter in aviation.”

"There is a lot of talk about unmanned aircraft but we are really doing this. We’re one of a very small handful of people actually delivering real commercial services to customers."

Remotely piloted aviation allows aircraft to operate routinely in the demanding environments of areas such as the North Sea.  Keeping the pilots onshore reduces risk - something both the aviation and offshore energy industries value highly.

Flylogix has carved out a niche in the energy sector through its measurement of methane levels on oil and gas platforms and counts BP, Shell, TotalEnergies, Equinor, Harbour Energy, Repsol Sinopec, TAQA and Neptune amongst its client base.

These giants of the energy industry, many of which are decarbonising their operations, are attracted by the fact that a Flylogix remote flight to measure methane is, according to Charles, about a 100th of the carbon footprint compared to using a manned helicopter.

He said: "There is no one else globally that flies these remote missions out to offshore oil and gas facilities and does this type of measurement.

"There are military contractors that are capable of flying the distances that we do such as those carrying out migrant surveys in the channel but you will see very little activity that's not pure military."

While Flylogix has carved out a strong niche in the oil sector, its use in other sectors is also evident.

The company last year achieved its first commercial airport to airport delivery when it delivered medical products between Land’s End and the Isles of Scilly.

The Fareham firm also carries out a range of maritime operations which include monitoring the laying of subsea cables to ensure they are not disturbed by fishing boat trawling and rapid response to oil spills.

Flylogix’s growth has been rapid and in its five year history it has gone from concept, negotiations with the Civil Aviation Authority ( CAA ), service launch and the creation of a thriving business.

Charles puts this down to people.

He said: "We started off with a view that long-distance unmanned aviation was going to be huge  because it allows you to reduce the cost, risk and environmental impacts of a whole range of aviation pursuits from police helicopters through to delivery.

"It has been a very rapid journey and it's all about people. We have an incredibly talented team and several of those individuals had been involved in unmanned aircraft work for  15 to 20 years.

"We also have very experienced operational people that can put together a very detailed safety case for the CAA and our customers as we fly around their assets."

"The CAA told us that you need to start somewhere remote where you can build lots of operational experience that you can evidence.

"They said our job is to reduce aviation risk so you need to find something to reduce that - they agreed that offsetting the risk of people flying offshore in helicopters would achieve that goal."

Flylogix operations has also broken new ground by flying alongside traditional aircraft in the North Sea rather than its remote aircraft having an exclusionary air corridor.

The company's remote aircraft are fitted with transponders which allows their position to be electronically visible to other aircraft.

Charles said: "It is almost as if we are flying in cloud. Our pilots talk to other pilots and talk to air traffic controllers and manoeuvre around other aircraft”.

"The UK is leading the world in this type of operation."

What does the future hold for pilots in this new world of remote aircraft? Charles says they are still vital for negotiating the margin of error that computing power alone cannot account for.

He said: "It is surprisingly hard to remove  the human completely from the loop. Our aircraft operate almost exclusively automatically and they can fly an entire mission with no human interaction  but they have pilots supervising them.

"This is important because of that last fraction of a percent of human intervention that is needed.

“You see this in the efforts to bring driverless cars to our roads.

"I think it will come inevitably but it will take a long time to iron out that last fraction of a percent where the human is very capable."

With Flylogix successfully flying remotely to some of the most inhospitable places on earth are we about to see remote deliveries occurring in our towns and cities?

Charles said: "The next big area for us is wind energy and the survey work that comes from that.

"Then what we believe we will see is the growth in logistics for the high value oil and gas, wind and aviation industries where the ability to move small high value parts between airports is key to keeping big industrial operations running.

"In the near term, I don't think we will be getting coffee delivered to our front doors but it will come.

"But in a world where you are not allowed to fly a helicopter into central London because of the risk on the ground I find it hard to believe that a regulator is going to allow vast numbers of small aircraft flying into urban centres."