Portsmouth-based lightweight manufacturer Formaplex has developed an ultra-light chassis for a solar-powered electric car project-managed by a team of undergraduate students from Cambridge University.

The car can travel from London to the Scottish Highlands at a speed of 50mph on the same power it takes to boil a kettle, recently returning from an 1864 mile race across Australia. 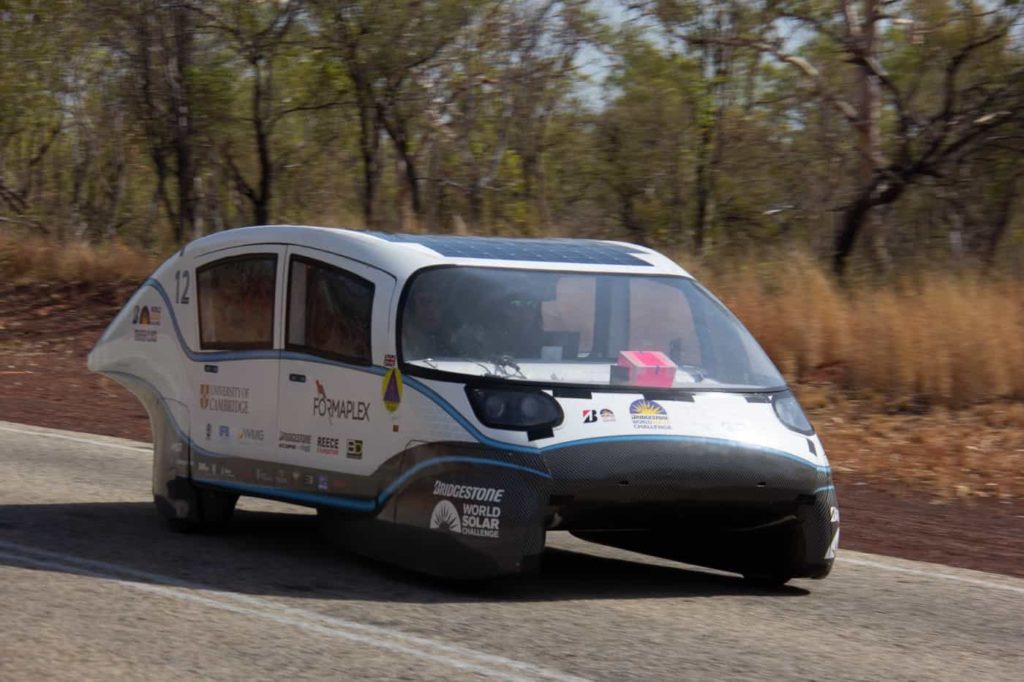 A team of undergraduate students enlisted the support of Formula 1 engineering experts and the world's largest tyre company to design and build the four-seat solar powered electric car.

Cambridge University Eco Racing (CUER) have just returned from their first international race with Helia – an epic 1,864-mile drive from Darwin to Adelaide as part of the Bridgestone World Solar Challenge.

The cutting edge vehicle pushes the boundaries of automotive battery technology, efficient tyres and aerodynamics, weighing only 550kg (1200lb) due to a specialist ultra-lightweight carbon-fibre chassis and body panels tooled by Formaplex, a leading lightweight manufacturer for some of the world's biggest Formula 1 teams and automotive companies producing multi million pound high-powered supercars.

Use of composites allowed the team to drastically reduce weight while maintaining structural integrity, allowing Helia to travel further and faster than would be possible with other materials.

Helia's streamlined aerodynamic design and lightweight construction significantly enhance the overall energy efficiency, using power from high performance lithium-ion battery packs produced in collaboration with Silverstone-based Danecca. The battery pack has much higher energy density than most production vehicles, which gives Helia more than double the range of a Tesla Model 3, while being a quarter of the size.

Unfortunately, some early electrical issues prevented the team from progressing beyond the first stage of the gruelling race, but the only British team in its category was placed third out of 13 by the judges in the practicality category, where Helia was marked against criteria including design, versatility and desirability.

Only arriving back in the UK in the last week, they are now looking ahead to other potential solar races in Europe and beyond, while considering some potential modifications to their vehicle.

Xiaofan Zhang, CUER's programme director, said: "While the Bridgestone World Solar Challenge didn't go exactly as we had hoped, it is still a tremendous achievement when you look back at the progress we have made over two years. The conditions this year were particularly challenging and this is the first time this model had competed. Nevertheless, Helia's performance numbers showed her to be very competitive; it bodes extremely well for future events.

"Working with teams from Formaplex, Bridgestone and Danecca was a real step-change for CUER in the overall research, design and manufacture process. It's allowed us to share expertise and improve the efficiency of the overall vehicle."

Celebrating innovation in the Thames Valley