Robotic Process Automation is key for growth in fintech industry

The use of RPA (Robotic Process Automation) is key for growth in the fintech industry and has many advantages over the traditional workflow. However, there are challenges in the implementation of truly integrated systems which could bring business to the next level. Even so, Marius Galdikas, CEO at ConnectPay, believes that the industry will implement the necessary changes to take full advantage of the coming automation revolution. 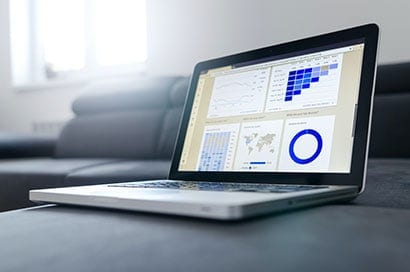 RPA is the use of software to automate repetitive and rule-based tasks using cross-application programs, also called 'robots' or 'bots'. It is used for more than cost savings, as there are several types of tasks in which robots outperform humans: properly programmed robots don’t get tired or make mistakes. That is why robots are particularly useful in highly diligent and time-critical tasks.

“RPA not only allows faster processing of repetitive operations but also ensures consistency and quality. All robots are exactly the same and their output is rules driven, thus identical. While people are different,” Galdikas explained. “When a process resolution needs to be described and logged in writing, robots will always deliver the same quality of texts, no grammar mistakes or personal bias of a human. This diligence is incredibly useful in the context of financial operations, where accuracy and speed is key.”

However, despite its advantages, companies are struggling with realising the full potential of RPA. A particular challenge arises from the traditional separation of IT and business departments, which are both critical in implementing complex automated solutions.

However, for fintechs, which are inherently more focused on technology-driven business, the problem arises elsewhere. According to Galdikas, when it comes to setting priorities, many are still mostly placing growth first, thus RPA gets the back seat. “As the company matures and starts to look at how to optimise its day-to-day, only then RPA becomes the centre of attention. Yet the late implementation might make the company lose its competitive edge before it even reaches that stage.”

Deloitte suspects that many companies require a deeper shift in mindset for the change to be more effective: RPA should be a company-wide endeavour, not one that just involves its functional units. It also stresses the advantages, especially in freeing up the valuable human workforce to work on more fulfilling and productive tasks.

“Creativity and motivation are key drivers in fintechs so it is essential to ensure that work done by employees is valuable and creative,” Galdikas notes. “RPA supports this idea by alleviating the burden of repetitive tasks, allowing to direct more attention towards long-term strategy.”

RPA offers attractive returns on the initial investment. According to Digital Workforce, businesses should expect a pay-back time of around three to nine months. If this trend continues, RPA adoption is set to be nearly universal in the next two years — if the companies face up to the issues currently hindering its applicability, which, for fintechs, would be reprioritising the timeline, when RPA solutions should come into play.