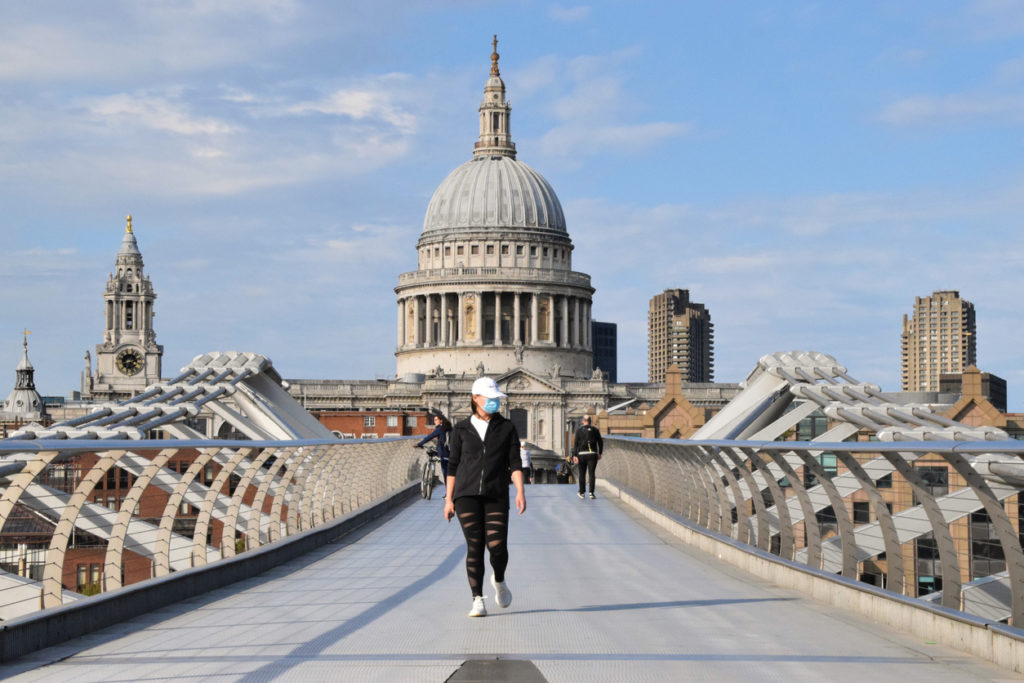 UK cities shuddered to a halt with the first lockdown announcement and were transformed from places bustling with life, colour and commerce to scenes reminiscent of a disaster film aftermath.

A seeping decline has set in, fanned by further lockdowns and cemented by changes in worker and consumer behaviours.

Transport for London reported last month that tube passenger numbers were 73 percent of pre-pandemic levels while  a report by Remit Consulting released in April found that office occupancy across the UK was running at a quarter of that before the pandemic.

The problem of decline in our urban hubs, however, is not insurmountable and one that world-renowned architect Scott Brownrigg is devoting significant resources to tackling.

Darren Comber, chief executive of Scott Brownrigg, said people needed to feel as if the city belonged to them if we are to see them recover.

“It’s wrong to say people have left cities as people still live there, he said.

“But we need to re-engage with our cities in a smarter way and look at how we use them after the pandemic.

“The diversity aspect is important and cities have to be appealing to a cross section of society - they have to be inclusive rather than exclusive.

“People need to feel that the city belongs to them and they have a reason to go there.

“Particularly in London, it will survive but it is having a big think at the moment about how to reshape its future.”

Scott Brownrigg is ranked in the World Architecture top 100 Architects in the world and has studios in London, New York, Singapore, Hong Kong, Amsterdam, Guildford, Cardiff and Edinburgh.

It is involved in a number of high profile building projects across the South East including Shinfield Studios, Heathrow West, St George's College and the new CABI headquarters.

A common theme Scott Brownrigg projects is an appreciation of how developments can act as a catalyst for change.

He said: “More open space and more green space are vital to the success of cities so people see them as a seven-day-a-week location and not just somewhere that you go to work.

“For the days that people are not working, there has to be somewhere that they can go to something. That will regenerate the economies of our cities.

“You will then see people using them all days of the week, 24/7 and these are the aspects that we need to encourage.”

Darren says sustainability is now at the forefront of design thinking and one positive to come out of the pandemic was this sharp pivot to green spaces within new developments.

“When we talk about sustainable centres such as parks, there is no point building them unless you can get to them sustainably and you have to develop the infrastructure that goes with them.

“Some countries are dealing with it better. I just came back from Singapore where it is a requirement for buildings to have a certain amount of green space within the buildings themselves.

“I think we could see a lot more of that happening here. The idea of using roof space or providing terraces isn't new, but it hasn't been as prolific as it is now.”

This sustainability focus, for the Scott Brownrigg team, goes beyond the initial planning, construction and even the finished product with much thinking devoted to what will happen to a building once it is completed for the task it was built for.

Darren said: “When we look at a building, we think how it might be reused and think 25 years down the line.

“We see so many fit outs in shops and restaurants that only last five years. This cannot be right, so when we select products and materials we consider how they could be reused elsewhere.

“We try to predict how the building or parts of it could be dismantled and reused elsewhere.”

The character of a city, shaped by existing and new additions, is an emotive topic for people who live and work in them.

This is a fact that is not lost on Darren and the team and emboldens their focus on the complete lifecycle of a development.

He said: “It is hugely important that cities have an identity, and the heritage of a city does create its identity.

“What we try to do when working on a new building is to seek to demonstrate what its contribution to the city will be and what it will contribute to the city, the street scene and the urban design that it is placed within.

“We want to make sure that any new building interfaces and contributes to it and is not just taking people off of the street but actively contributes to that street setting.”

The company was founded 112 years ago and has evolved from a partnership, to a limited company, to an Employee Benefit Trust (EBT), in which assets of the company are held on employees' behalf since 1993, to its current form as an EOT.

An EOT holds a permanent or long-term shareholding in a company on trust for the benefit of all the company’s employees therefore providing employees with indirect ownership of the company.

Scott Brownrigg says the move will allow all employees to contribute to the company's growth and have a say in succession planning.

Darren says the move is appealing to employees as it provides them with a route to the boardroom or to influence strategy without having to amass the funds needed to invest themselves.

He said: “They are able to see an opportunity and route to contribute at the highest level.

“There is no barrier to success or succession, so people don't have to think how am I going to buy into this firm and own it.

“They now have the opportunity to truly participate and without the financial barriers that were once there.”

The employee ownership change also ties into the company’s culture which Darren says has always been focused on furthering the lot of its employees.

The company employs 42 different nationalists at its offices around the world and prides itself on the diversity of its workforce.

Darren said: “It's always been seen as a family firm that’s been handed over in the generations. We have always treated it with care and respect and that's how we have treated the people within it.

“The culture has been one of trying to build people's careers in an environment where those that wish to succeed have the opportunity to do so.

“The company has embraced people from all different backgrounds and locations. It's always been a very diverse business and we have not had to try and force the issue”

Darren started as architect at the firm in 1995, working his way up to director before becoming chief executive in 2010.

His progression within the company chimes with the culture that he has outlined but what drives him forward?

He said: “The built environment isn't constant and is always evolving.

“It’s not just about a building looking good, that should be a prerequisite and anyway is subjective, it’s about the contribution that it makes to society. That is what excites me. It is about making a difference and enhancing people’s lives.

“If you can reach one person and make their days better through use of space then you have succeeded.”