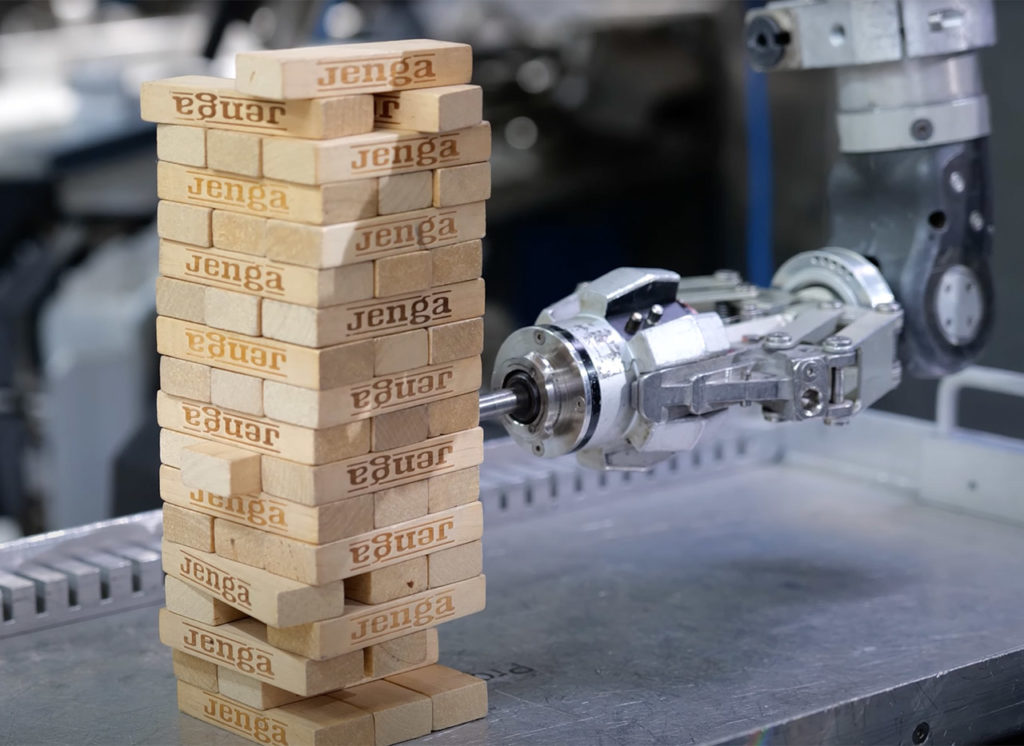 Culham Science Centre hosted a £1.5million robotic reunion of the Back to The Future kind this week.

Two robots, both named MASCOT, took time off from their usual nuclear fusion tasks to play Jenga in the Culham Fusion Energy Centre.

The twin robots had been reunited for the first time since 1999 by the UK Atomic Energy Authority.

The machines are being put through their paces in a series of practice ‘rescue missions’, where each saves its stranded sibling to limit potential disruption to world-leading fusion energy research at the UK Atomic Energy Authority (UKAEA), Oxfordshire.

According to UKAWA, the development of ‘self-recovering’ robots to go where humans can’t go, is key to making fusion reactors a safe, sustainable, low-carbon energy source for generations to come.

Gary Hermon, Remote Handling Lead Technologist at UKAEA, said: “Robotic systems are an integral part of putting fusion energy on the grid for the design and maintenance of future fusion powerplants. We can’t afford to have a robot that gets stuck!

“The second MASCOT is now in place to train our remote handling team in rescue tasks ensuring its twin can always be saved when working on the maintenance of JET, our machine where EUROfusion researchers set a sustained fusion energy record announced earlier this year.”

JET is the currently the only fusion energy machine in the world that uses remote handling and robotics for maintenance, placing the UK at the forefront of this technology and expertise.

Each MASCOT has two arms with grippers that can operate over 900 bespoke tools. The MASCOTs are each deployed into JET – or its replica training vessel – on the end of an articulated 12-metre boom, driven by UKAEA’s remote handing team from a control room fitted out with live camera feeds and VR screens for additional precision views.

Robotics and other advanced technologies developed for fusion are expected to be useful for applications across other sectors such as nuclear decommissioning, space exploration, mining, healthcare and transport.